Ironically the Musk Ox isn’t very closely related to Ox at all. However, it is large like them and has some similar physical characteristics. This animal is actually related to sheep and goats.

The thick coat of the Musk Ox helps to protect it from the environment. They offer shades of gray, black, and brown in their coat. The hairs are very long and they almost touch the ground as this animal moves around. The coat is very soft and the quality is exceptional.

Both the males and the females have horns. They are very long and curved. The males can be up to 8 feet tall. The females are shorter with a size of about 6 feet. They can range in weight from 400 pounds to 900 pounds with the males being heavier than the females.

The remote and cold areas of the Arctic is where the Musk Ox lives. There are some living in areas ofNorway,Siberia, andSweden. There are large numbers of them around Greenland and Canada. In the United States there was once a population in Alaska but they were depleted due to hunting. In the past 20 years though they have been reintroduced and thrive there. They have been domesticated in various locations though. This allows them to be raised for the purpose of harvesting wool from their coats.

During the summer months they live in very wet areas. They move to higher elevations in the winter to help them avoid the thick snow. They can move in around the snow but it can take lots of energy for them to do so. 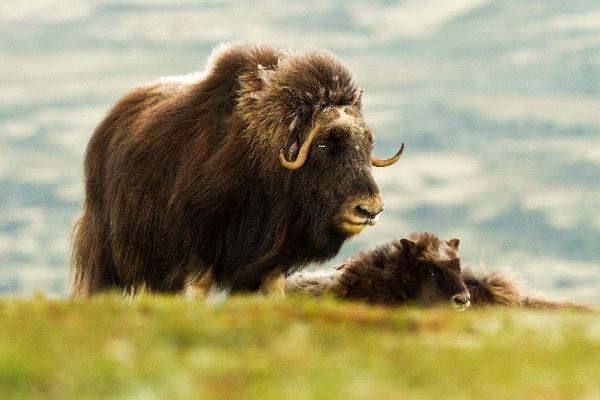 The Musk Ox feeds on various types of grasses. They may have to dig to get to the food though during various times of the year. They will eat heavily when they have the chance to in order to develop fat reserves on their bodies. This will enable them to get through long stretches when there could be limited food in their habitat. During the winter months they often eat various plants including Willow. They will also consume lichen and moss when they can find it.

When it is time for mating the Musk Ox emits even more scent. This attracts the females to them. Being able to find enough food and to have fat for body reserves will directly affect mating. When there isn’t enough food for them to store it as fat on the body they won’t take part in mating.

The dominant male will mate with the various females in the herd. That is why his role is continually challenged by other males. They are able to take over his position if they can defeat him in a confrontation.

June and July mark the mating season for the Musk Ox. The pregnant females of the herd will then take control over all of them. They will be deciding when they move on to feed and when they stay put. There is about a 9 month gestation period before the calves will start to arrive.

The young have to be able to move after just a few hours of being born. It isn’t safe for them and their mother to lag behind the rest of the herd. The young will be cared for their mother for two years. She will only mate every other year so that she can focus on her young. The exception will be if the offspring doesn’t survive.

The Musk Ox can live for up to 20 years in the wild. 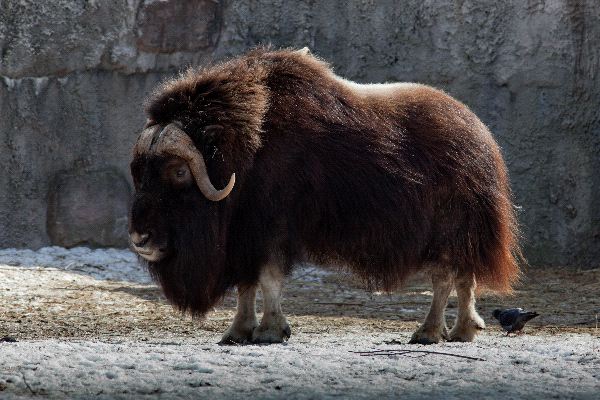