There are 33 species of the Mongoose. The size of them can vary significantly depending on location and the species. They can be from 1 to 4 feet long. They can weigh from 10 ounces to 9 pounds. While they aren’t closely related to the weasel their appearance often is something that people mistake them for.

The body of the Mongoose is roundish and a dark brown color. They have lighter brown around the face. They feature a small nose and very small ears. They have a bushy tail and very small paws with sharp claws on them. The coat is brindles and it is very thick.

Africa is the location where you will find the largest number of Mongoose living. They are also found living in Asia, Europe and Hawaii. They create burrows under the ground where they live. They can create elaborate tunnels under the ground. Each of them will have several entrances and exits that enables the Mongoose to escape from danger. They will also take over burrows that other animals have abandoned.

Sometimes you will see the Mongoose living alone. Others though live in groups and seem to enjoy that socialization that it offers. When they live in groups they create a hierarchy with a dominant male and dominant female. The advantage to living in a group is protection.

The Mongoose will take turns watching out for predators and other problems. If there is any problem they will give out loud calls and whistles. This allows all of the group to immediate get underground until the danger has passed. The guard duty rotates every 45 minutes to 1 hour. They often stand up on their hind legs and use their tail for balance. This allows them to look all around and to be alert to problems in their environment. 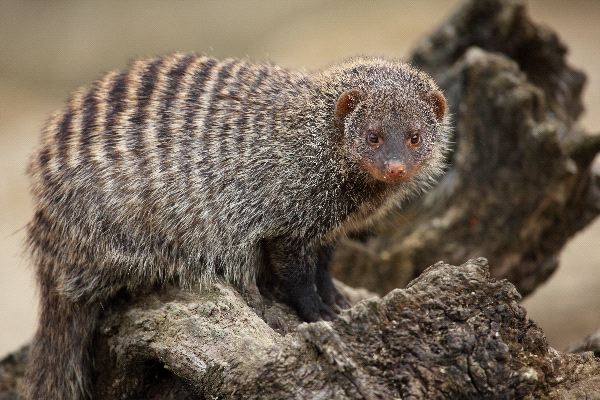 When a Mongoose lives alone it has to get all of its own food. When it is part of a group though they will share what they find and spread it around for all to feed from. They feed on small mammals including various invertebrates. They also eat small types of birds. Insects, crabs, rodents, lizards, and snakes are all items that they eat. It depends on their location and their opportunities.

It is believed that the Mongoose isn’t affected though by venom that various prey including snakes offer. This means they can dine on food resources that would be classified as too dangerous for other types of animals to feed upon.

Mating can occur during any time of the year as long as the Mongoose has enough food and habitat. Giggling is used for a pair to find each other and they will court and then mate. It is common for pairs to mate with each other year after year.

The female will carry the young in her body for several weeks. When they emerge they will be born in burrow. They are blind and helpless for about 10 days. She will keep them warm, safe, and feed them milk from her body. They will come out of the burrow when they are several weeks old.

Many of the females will work together to care for the needs of the young. They create a very similar structure to a human nursery or daycare setting. The young will learn a great deal from the older juveniles. This includes digging, finding food, and being on the alert to danger. They are very playful and the young often create strong bonds with their mothers. They will stay close even after they are mature. 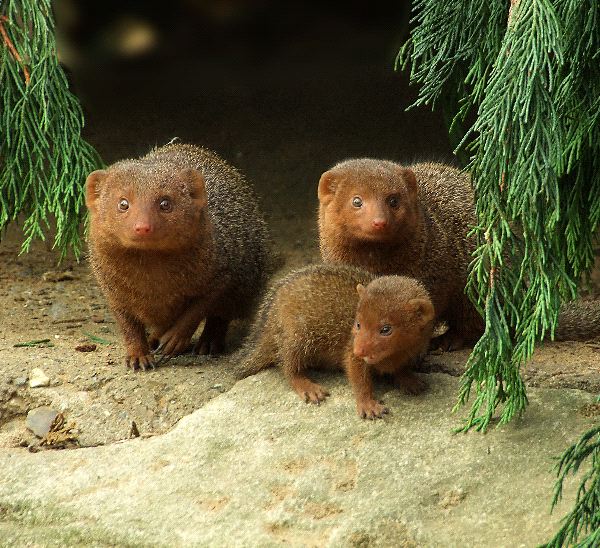