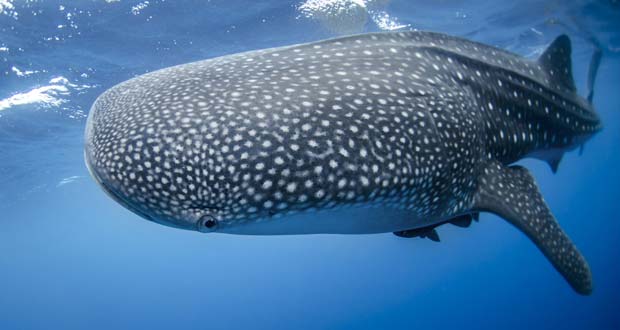 The Whale Shark is the largest fish in the sea and can weigh up to 20 tons with a length of 42 feet (12 m). Remarkably, we didn’t know much about their migration patterns until recently. Then tagging of these creatures was undertaken in order to discover more. We now have a solid data set that can be presented.

While it is agreed that whale sharks are highly nomadic, it is noted that they’re highly solitary. However, they have been seen congregating in plankton dense waters and then moving to the south western area of the Mexican Gulf to avoid icy temperatures. It is a case of following the plankton and the whale shark will follow. This means they prefer to be in sea water temperatures of between 21 and 25 degrees Celsius which means they are normally present around atolls and reef regions. 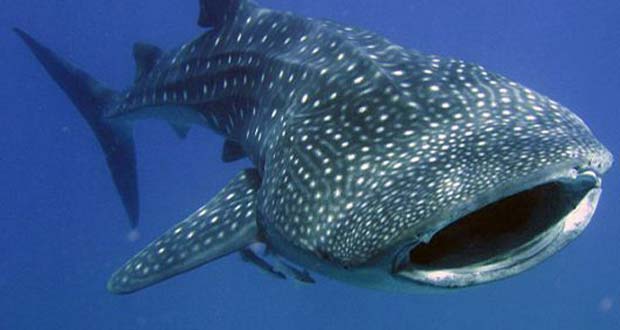 The Yucatan Peninsula in Mexico is host to these creatures during the summer months and they are also present in places such as Australia, South Africa, Japan, Belize, Honduras, the Galapagos and the Seychelles. Whale sharks are gathering in groups of several hundred at a time to feed on plankton. So we know where and when they like to feed. The problem is their migration pattern between these episodes. Scientists are using a variety of methods to fill the gap including photo-identification, satellite tags and old fashioned conventional tags. All this takes time and money so the process to understand their movements conclusively is still underway.

It is now reckoned that whale sharks give birth in the middle of the Atlantic due to the solitary nature of that vast ocean. They did this by tracking the movement of one whale shark from the coast of Quintana Roo. Obviously  a sample of just 1 is not a scientifically credible sample. DUe to the relatively low number of females seen in the feeding frenzy (30%) it has been concluded that the females tend to stay out in the ocean during such episodes. One female whale shark named Rio Lady was spotted near a remote island in order to keep her young out of reach of predators.

The Effects of Climate Change

Recently scientists have discussed that climate change might be having an effect on the migration pattern of the whale shark. Hundreds of whale sharks were seen around the Azore Islands. This is a set of 9 volcanic islands that are Portuguese that are in the north Atlantic. It has been noted that whale sharks prefer cooler temperatures even though they can still thrive in temperatures ranging from 26 to 30 degrees Celsius. It is due to the remarkably consistent water temperature that the whale sharks have been seen in these waters with scientists calling it the ‘’Goldilocks’’ temperature effect. That is it’s not too cold or too hot, but just right just as it was the children’s story.

In conclusion we can note that 3 key factors play a part in the migration patterns of whale sharks. They need to eat plankton, an appropriate temperature and they have an urgent need to protect their young. Using these factors will enable us to learn even more in the future. However, much work remains to be done so the mystery remains to be solved completely.