The Meerkat belongs to the Mongoose family. It is a very small mammal that is often displayed with a curious look on its face. They often seem to be taking in everything about their surroundings.

The Meerkat features a very long tail that helps them to stay balanced. They have a light tan coloring and the belly is a white color. They have small feet with sharp claws that they use for digging. They have a long, slender nose that is black on the end of it. They are able to dig as much dirt as their own body weight in just a few seconds. They have high endurance that allows them to create elaborate tunnels.

Africa is the location where you will find Meerkats, especially in the Kalahari Desert. They create burrows under the ground. They come out of them during the day and then they stay in them at night. The burrows offer several openings into various underground tunnels.

They live in large groups that go by various names. They are often called a clan but they can also be referred to as a mob or a gang. The families usually have at least 20 members. However, they can have more than 30 of them.

While most of the clan is dining or grooming, there are also a few that hang out and keep guard. They are the eyes and ears for the clan. When they see any signs of danger they will vocalize it though a barking sound or a whistling sound. Immediate the various members will be getting into their underground tunnels for safety. This duty of being on guard is usually for about an hour and then it rotates to other members. 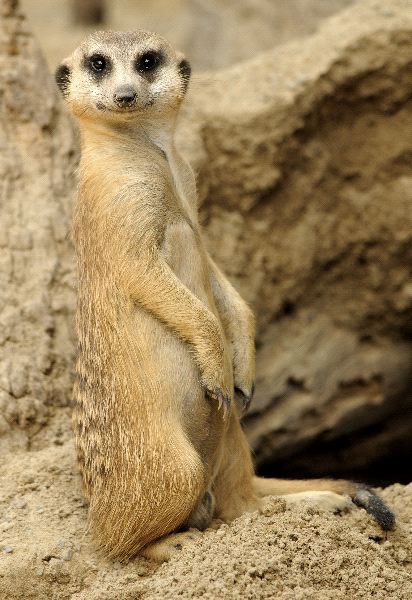 There are many types of food that the Meerkat dines on. It can change depending on location and on the time of year. They will consume scorpions, spiders, millipedes, lizards, snakes, centipedes, and small mammals. When they can find plants or eggs they will also dine on them. They have been reported to consuming small birds as well.

Many of the food sources that the Meerkat consumes offer a type of venom. However, this animal is immune to it. They aren’t going to end up ill due to such venom so they are able to dine on food sources that would be deemed as too dangerous for many other living creatures.

They do have to forage for food daily though. This is because they don’t have the ability to store up any fat. The young will start to find food when they are approximately a month old. They will follow around older pups and that allows them to learn the methods of hunting.

A Meerkat is able to mate when they are about 1 year of age. There can be up to 5 young per litter, called pups. They can have up to four litters of pups per year. They can mate at any time of the year as long as they have enough food and habitat. When those elements are limited then they won’t take part in mating.

The young pups will be born in a burrow. They will stay there until they are about 3 weeks old. The entire clan will be around to observe and to welcome them out of the burrow for the first time. There are several adults that help with caring for the young of the clan.

In order to get the females to agree to mating, the males will groom them. After mating the young will be born about 11 weeks later. They don’t open their eyes until they are about 10 days old. They will consume milk until they are a couple of months old.

The life expectancy for the Meerkat can be from 12 to 15 years. 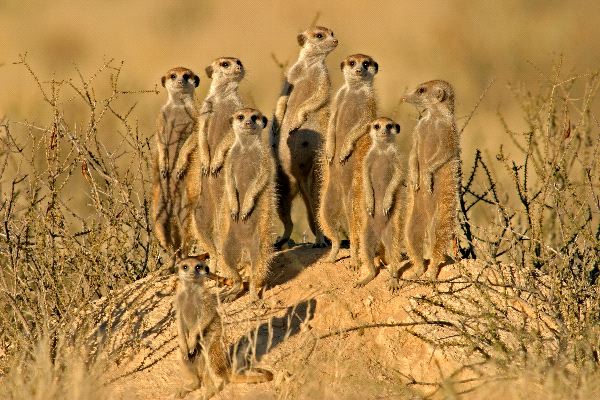