Mating Rituals of The Umbrella Bird 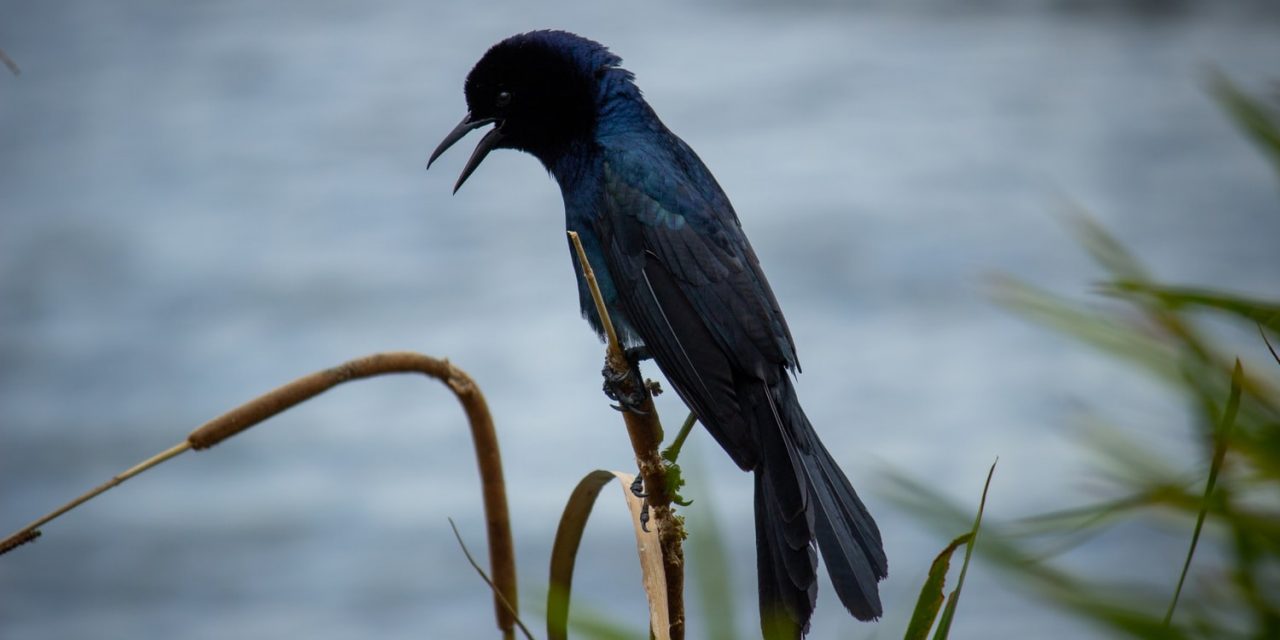 With its sleek black feathers and pole-shaped wattle, the umbrella bird is a rainforest jewel. All three species live in Central and South America. Though these birds do migrate they do not migrate to find warmer weather. Umbrella birds only migrate to and from their mating grounds. Here are the different species in the umbrella bird’s family:

All three of the species are actually relatively similar in appearance. Each bird has a crest of feathers on its head that looks like an umbrella. The birds also have an inflatable pouch on their throats that is used by the males to attract a female.

The Umbrella birds are all similar in size, but there are slightly distinct features on the bird that help identify them. The Long-Wattled Umbrellabird has an inflatable pouch on its throat that can become 35cm long when inflated.

The Amazonian Umbrellabird tends to be completely black and the males are supposedly the largest of all the species of Umbrella birds. The Bare-Necked Umbrellabird has a reddish patch of skin on its throat with no feathers.

Umbrella birds are the largest bird that will perch in South America. Due to their size, the birds do not fly very well, even though they can. They will fly for short distances and to migrate to their mating grounds. But most of the time the birds will actually hop from branch to branch.

Umbrella birds eat fruits and small animals such as insects, spiders, small frogs, and birds. The Umbrella birds used their strong toes to hold onto branches and pick fruit with their curved beaks.

Umbrella birds have very few predators. Because they spend so much time in the higher parts of the trees they are safe from ground predators. However, monkeys, snakes, hawks, and eagles are still able to hunt the Umbrellabird.

The Umbrella birds are usually solitary creatures, but they will gather in numbers to find a mate. During the mating season, the birds will migrate to higher altitudes in areas known as cloud forests. The cloud forest is an area that has frequent or seasonal low-level cloud cover at the canopy level of the trees.

Umbrella birds are in their mating areas from March until June. The males will stay in a particular area to perform mating displays until the pair off with a female. The males will spread the long, curved feathers of their umbrella until it covers almost all of their heads. They will then inflate the pouch on their front and begin to make rumbling sounds. Many think that the pouch helps amplify the rumbling sounds the birds make. When the males are done with their display they will retract the feathers and deflate their pouch.

Once the males have found a mate, the females will build a nest with twigs, moss, and leaves inside a tree. The nest will be kept high in the trees to keep the eggs and babies safe from predators. The egg will be incubated for only a month and then it hatches. The baby will be cared for by its parents for a couple of months more before leaving the nest.