There are over 2,200 species of the Mantis. They are all in the insect classification. Some of them are easily confused with grasshoppers and crickets due to their size and shape. As a result many people have the Mantis living around their homes and businesses but they fail to recognize them.

There are several myths about the Mantis out there that continue to circulate. Among them is the one that won’t go away – that it is illegal to keep a Mantis as a pet or to kill them. There are no such laws that exist out there.

The other myth is that the Mantis is at drastically low numbers. The opposite it true – they are thriving. They can be found out there but you have to look hard. They do blend into their surroundings so you could be looking right at one and never realize it.

The forelegs of the Mantis allow them to grab at items and to hold them securely. They have a long segment of the body which is referred to as the prothorax. It is very long and flexible. This enables them to have a wide range of movements. The head can move 300 degrees and they have very large eyes. They use their sight to help them find food. They are green in color for many species but others are a light brown.

The Mantis is found around the world in warmer climates. They can’t survive in locations where it will get very cold during parts of the year or they will all freeze and die. They have been introduced to various farms and habitats though. The eggs are purchased and then the Mantis will consume various insects that could damage the crops and plants. This reduces the need for pesticides. 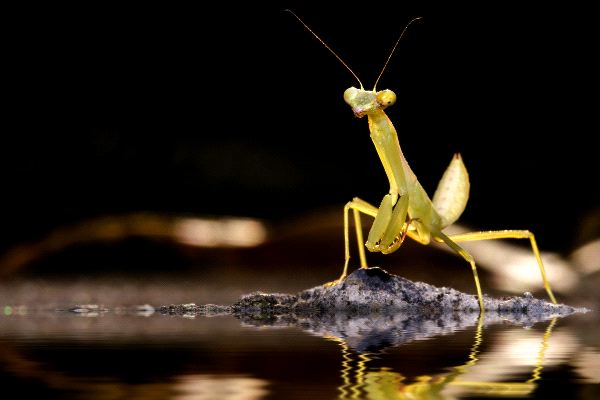 Since they get into a praying stance, they are often referred to as the Preying Mantis. However, that isn’t their actual name that was given to them, yet it has certainly stuck. Hiding in plain sight allows the Mantis to be able to wait patiently for prey. It also helps them to stay camouflaged from various predators. They tend to be isolated and they won’t tolerate others being around unless they are looking for a mate.

The Mantis is a predator and they are very calculated with what they hunt. They use their forelegs to help them get prey and to be able to keep it. There are many types of food in their environment that they consume. Among them are lizards, small rodents, frogs, birds, snakes, and insects. They will devour the entire catch and leave nothing behind.

They are also known for being cannibals as they will consume other Mantis. There are stories about the females being the ones that are cannibals but both the males and the females have been known to do so when they aren’t finding enough food.

In captivity it is noted that females will kill males that they mate with and consume them. Such rituals aren’t as readily found in the wild though but they can be part of it at times. Perhaps it is to ensure that the males won’t be sticking around and putting the eggs of the young at risk. A female can lay up to 400 eggs. She will hide them as best as she can. When they are born they will instinctively care for their own needs. A large number of them though will die before they are mature. The lifespan is usually only about 10 months even for those that do survive. 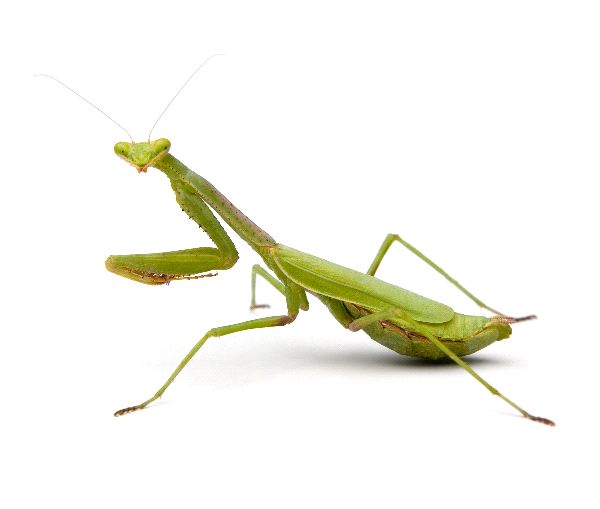