The manta ray lives in areas that offer either subtropical or tropical waters. Others are found living in the oceans and that means that the water is colder. Those that do live in colder water will live in deeper areas of it as the water will be warmer than in the shallow areas. They are quite adaptive to different environments, and that is likely a big part of why they have been able to thrive in a variety of environments over time.

They do make an effort to visit coastal reefs and cleaning stations regularly though so you may see them close to the shoreline during those times. There can be many of them at these stations waiting to be cleansed. They need to have dead skin and parasites removed as both are a big part of their natural habitat. The small fish that offer this service also benefit as those elements they remove serve as food sources for them.

The manta ray is believed to be migratory rather than territorial. They will move along the coral reef areas that allow them to find food and to find shelter from predators. They have been located living in many areas including the Atlantic Ocean, around South Carolina, New Jersey, San Diego, the East coast of Africa, the Red Sea, the Indo-Pacific Ocean, the Gulf of Aden, the Bay of Bengal, and the Arabian Sea. 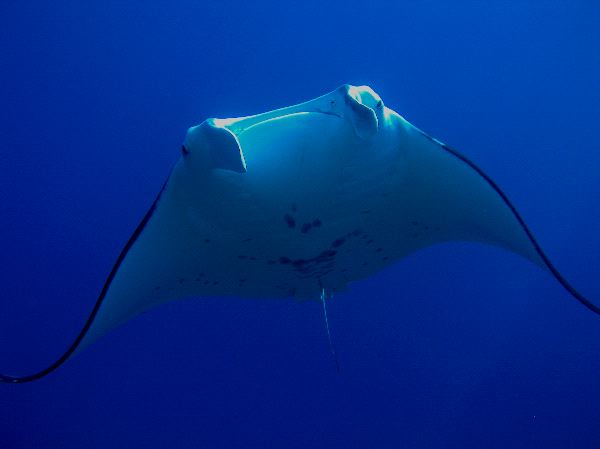 One of the largest populations of the manta ray is found around Maldives. There are approximately 5,000 of them found there that come and go throughout the year. This includes some ocean manta rays as well. The key reason that they come here is that the temperature of the water is acceptable to them. There is also an abundance of plankton found there.

They are very common, and found all around the world. The fact that they move so often and that they live solitary though makes it very hard to identify the number of them. Today, they are classified as vulnerable but not in all bodies of water that they live in. Part of the risk to them is that they share the waters with humans. Illegal hunting in some areas of Japan continues to be a significant problem. Fishing nets that they get accidentally tangled up in is also a huge issue in their natural habitat.

They are very agile and they are found all over when it comes to the depth of the water. They may be seen leaping out of the water, and this is an action believed to help with removing parasites. They may be at the surface of the water looking for food. They tend to hide around the rocks and coral reefs. Their dark colors also allow them to blend in easily with the sediment at the bottom of the water. 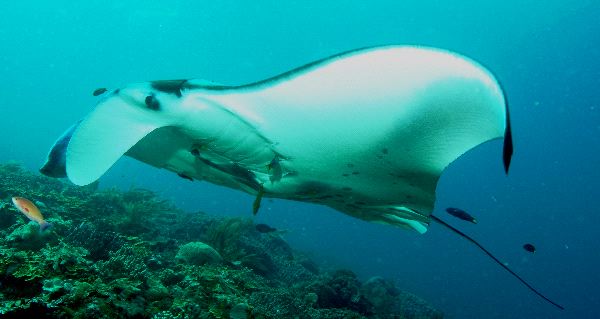 While they do migrate, it isn’t a usual patterned route which is the case with most aquatic creatures that migrate. Instead, they will travel to where they can get food and the water temperature is acceptable to them. They tend to live alone, but during certain times of the year they will be found in large numbers due to migration. One of those locations is along the coast of Western Australia.

Even with careful considerations and replicating conditions in the wild, the manta ray doesn’t do well in captivity at all. Most of them die within a few short hours of being placed into a tank. The longest documented period of time for one to survive in captivity was for 36 days at The Expo Aquarium in Japan.