The body of the manta ray is very unique as it has a body that is triangular and outward wings. They also have lobes that extend out from the front of the mouth. They can be as wide as 23 feet and they can weigh as much as 2,900 pounds. They are dark colored which allows them to blend in well to their surroundings. They can be black, gray, blue, or brown. They often feature unique patterns of blotched coloring that have been used to successfully identify individuals.

The mouth of the manta ray is very large and they have 18 rows of teeth. The teeth are only found on the lower jaw. The fins of the adults can expand very wide so they do take up a great deal of space in the water. These wings help them to move with ease without using lots of energy. They do have a tail, but there is no spine for it.

The body of the manta ray consists of flexible cartilage instead of bone. The body is very flat. They are closely related to sting rays as well as to sharks. The flat body allows them to hide easily along the sediment at the bottom of the water which keeps them safe from predators. The flat body for them has been a successful part of their overall survival for millions of years. 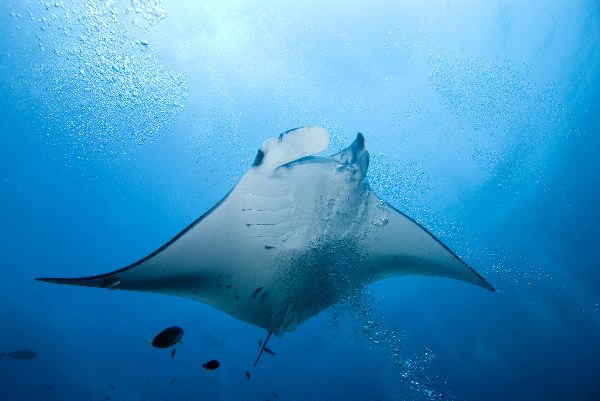 The cephalic lobes are an extension of the wings, and they offer support. They have been known to use the lobes to help them for a variety of tasks and actions. They also rely on them to help reduce the amount of resistance that they experience when they are taking part in swimming for long distances.

The mouth is always found in the front of the manta ray. That is a great way to tell them apart from other types of rays. Most of them feature the mouth is below. The manta ray also has very large eyes located laterally. What is very interesting about their anatomy is that they are able to live in both ocean water and freshwater. They do need temperatures that are warm, which is why in the oceans they are found living in the deeper locations and in the warm waters they are found living in shallow waters.

The outer layer of the manta ray feels like sand paper. It is covered with mucus that helps to protect them. When they are touched by humans, it can cause tears in that covering and make them very vulnerable to disease and to parasites. This is why you aren’t recommended to touch them. 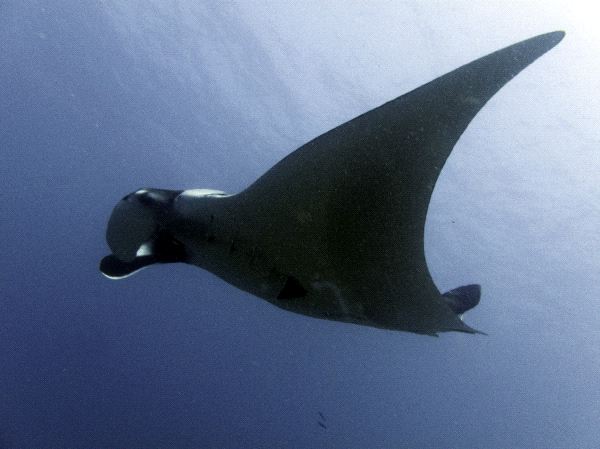 They are believed to be intelligent and to be able to problem solve. However, there has been very little testing and confirmed results from brain testing. For example, it isn’t known if the manta ray sleeps or not. There isn’t a significant change in brainwaves at any given time of the day or night to suggest that they do. Since their body is designed to always be in motion, it is possible that only half of the brain sleeps at once. There is still plenty of research though that has to be conducted to confirm such a theory.

The manta ray has been around for millions of years, and their evolution isn’t fully understood. However, most experts believe that they have had the flat body since that very early time. It has served them well, allowing them to move with ease, to get into difficult locations such as between rocks, and to easily blend into surroundings when they are at the bottom of the water where the sediment is found.