The mating process is very interesting when you are talking about the manatee. Males are called bulls and they are ready to mate when they are about 9 or 10 years of age. Females are called cows and they are ready to mate around 3 years of age. They have one offspring every couple of years. The exception is if the young is lost, then they will mate again the following year. It is very seldom that twins are born.

Since mating takes part in the water, there is still plenty unknown about it. What is known is that the social communication of manatees is what drives their mating and who they will mate with. There is lots of verbal communication as well as touching before mating will take place. There are breeding herds that develop during this period of time. They consist of one male bull and several females that are in estrus.

A female is likely to move several times during breeding and so she will mate with several bulls during that period of time. This means that the males don’t become aggressive towards each other to compete for the right to mate which is so common with most living creatures. This is just one more reason why they manatee and their behaviors are so fascinating to researchers. 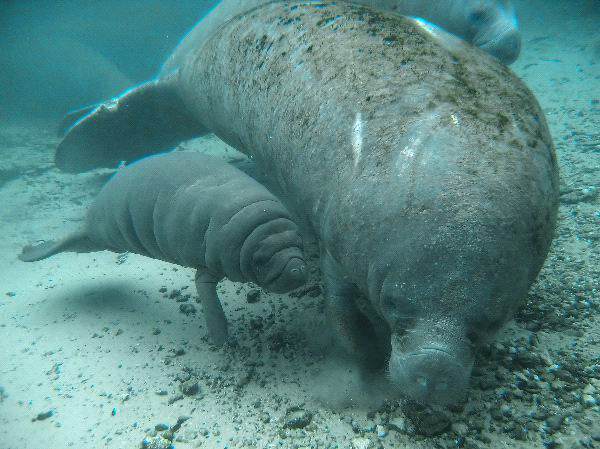 Several of the species of manatees will mate all year long. As long as their basic needs are being met and stress is low they will do so. If the water temperature is too cold or they can’t find enough food though mating will likely not occur. This includes those that live in Florida and those that live in West Africa. In Florida the majority of them are born in the spring and summer months. February through March is the common birth period for the Amazonian species. After mating, it takes about 1 year for the young to be born. They can range in weight from 60 to 70 pounds and be from 4 to 4 ½ feet long.

There isn’t  consistency to how they are born – it can be head first or tail first. The young have folds in their skin that will start to diminish after the first few weeks of life. They are able to swim on their own immediately. Instinctively, they head to the surface of the water to take a breath. They are also quite vocal soon after birth. They will start to nurse in the hours right after birth. After a few weeks, they will nibble a bit on vegetation to supplement the milk they get from their mother. As they get older, the level of milk is reduced and they consume more vegetation. 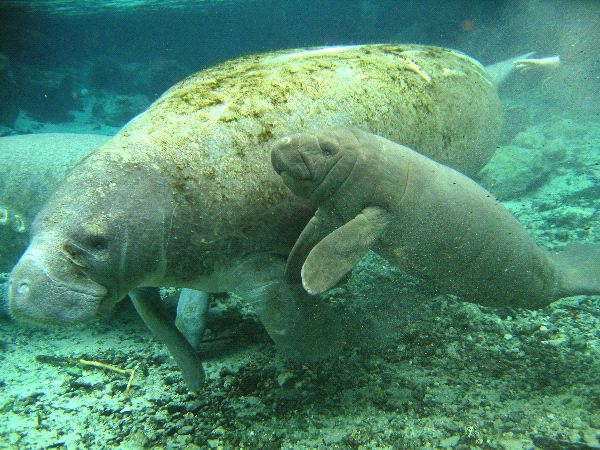 Only one young is born at a time, and the females tend to focus on them only – and don’t interact much with other adults during this role as caregiver. The females are very receptive to the needs of their calves. They will communicate with them often by touch and by sounds. This is a big part of the overall nurturing process and a way to keep the stress of the calf low. They learn how to eat, migrate, and take care of all their needs within the first two years of life.

Being in captivity doesn’t seem to hinder the mating rituals of the manatee. Most of the programs in place though focus on helping injured manatees back into the wild though instead of promoting in house breeding. The idea is that the focus needs to be on a better natural environment for them instead of trying to find enough space for large numbers of them to live in captivity.