The manatee is fascinating on many levels, and that includes their communication and social behavior. They have been greatly observed due to the level of connection they have with each other. This helps to reduce their stress and improves their well-being. When in captivity, a manatee shouldn’t be isolated as it could result in high levels of stress, depression, and not eating.

There is a huge range of sounds that they offer that allow them to communicate as well. The largest observations of such communication are between the mothers and their offspring. It is believed that this is a huge part of the overall nurturing process for the young. These sounds include whistles, squeaks, and chirps.

The sounds are used for daily to day interactions, to attract a mate, and as warnings to others around them when there is danger. Even though a great deal has been observed, there is still plenty unknown about all of the meanings of these sounds from the manatee. It is possible that different groups of manatees have their own lingo and that makes what is observed even harder to interpret by experts. 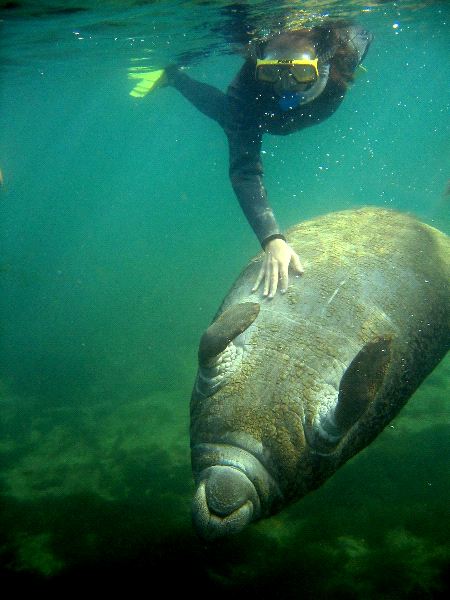 Even though there aren’t any external ears, the manatee is believed to have very good hearing, especially at low frequencies. In fact, they are believed to have the best hearing of all when it comes to low frequencies. They do have large ear bones and it is believed that their cheekbones are connected to them and assist with the hearing process as well. There is still a great deal though not fully understood about that complex connection.

Body contact is very important to reduce stress and for the overall well-being of the manatee. They have also been noted to make contact with humans, rocks, and other elements in the water. This has resulted in many believing that they touch in order to learn more about their environment and to make decisions about the role of those objects in their environment.

Such curiosity though can create problems for the manatee though such as being exposed to disease and coming into contact with boats that will injure or kill them. In fact, such problems are prime factors for the concerns over the dropped numbers and risk of extinction for all three of the species.

It is possible that the manatee also uses smell to help them communicate. They have taste buds on the back part of the tongue. They also have a very good sense of smell that can help them with communicating if there are risks or dangers in their environment that could pose a problem or them or others in their group. 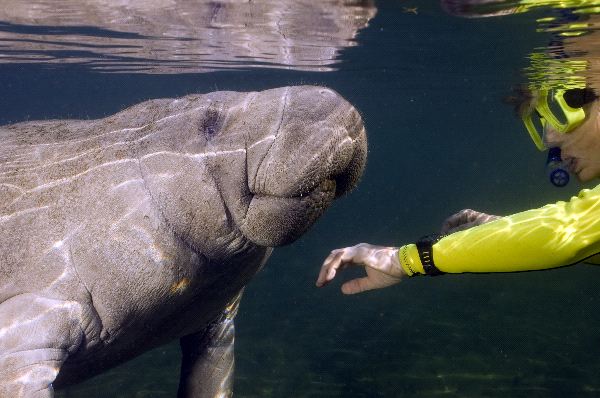 It is very rare that you will see manatees taking part in aggressive behaviors towards each other. They spend their time eating, communicating in some form, or sleeping. They tend to find time for playing too with such games as follow the leader or body surfing.

They may congregate in larger groups of 200 or more when it is time for migrating and mating. Even then, there doesn’t seem to be much aggression taking place. The vocalizations and touching seem to be rituals that determine which male a female will mate with. The complexities of the overall hierarchy of relationships can be hard to decipher with these larger groups, but they seem to work well for the manatees.

In addition to touch and to sounds, they also rely on sight to help them with overall communication. Even though they are large creatures, they are usually very gentle with each other. That is part of what is so fascinating about watching them.