The Mallard Duck is closely related to domesticated ducks. There are over 60 subspecies that have been identified. The overall size of this duck can depend on the subspecies of parents, location, and food resources. They range in size from 20 to 26 inches long. They have a wingspan that ranges from 32 to 39 inches.

It is simple to tell the gender of a Mallard Duck based on the color of the top of the head. For males it is a very bold green or blue. For females it is a light shade of brown. The body can be various shades of brown with white and even some blue on the feathers. They are very pretty and they are also very graceful when they are in flight.

The Mallard Duck lives in subtropical and temperate regions. They are found around North Africa, New Zealand, Australia, North America, Asia, and Europe. They tend to live in the wetland areas where there is plenty of humidity. They do migrate for mating and to avoid cooler weather times of the year. It may surprise you to learn that some of them even live in the Arctic tundra though.

One of the fun things to watch with the Mallard Duck is them with their young. They may sometimes ride on the back of the mother as she is in the water. When they trail behind her they make a straight line and stick very close behind her. They are vocal birds and use those sounds to communicate with their young. They are very social and often rest in the same areas so that they have time to socialize as well as to relax. 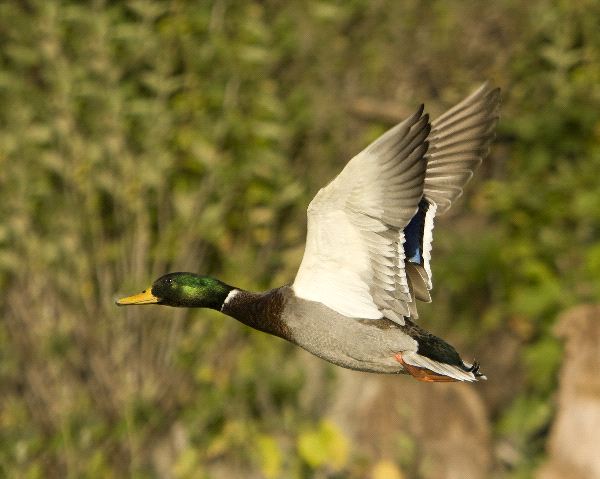 The diet of the Mallard Duck consists of various types of plants. They also consume dragonflies, flies, crustaceans, and worms. They are opportunistic when it comes to feeding. During certain times of the year they may find an abundance of insects. However, during other times of the year plants may be more readily available for them to dine upon.

In October and November the Mallard Ducks will start to pair off. Once mating occurs though the male will leave. He will be looking for more females that he is able to mate with. The female will have the task of finding a safe place to create her nest. The female will lay from 8 to 13 eggs per clutch. She has to find a place for her nest that is very safe. When she goes to find food there is always the risk that some type of predator will take her eggs.

In about 28 days the young chicks will be born. They will rely on their mother for food. It can be very hard for her to take care of the needs of a large clutch. If she has many chicks several of the smaller and weaker ones won’t get fed. This process allows her to be able to care for those with the best overall chances of survival. The young will be able to join their mother in the water for swimming after they hatch. They may remain with the mother until it is time for her to mate again.

Cross breeding across 63 different species is very common. This makes it difficult at times to pinpoint what particular subspecies one belongs to. However, DNA profiling has helped with such forms of identification when they are deemed to be necessary. 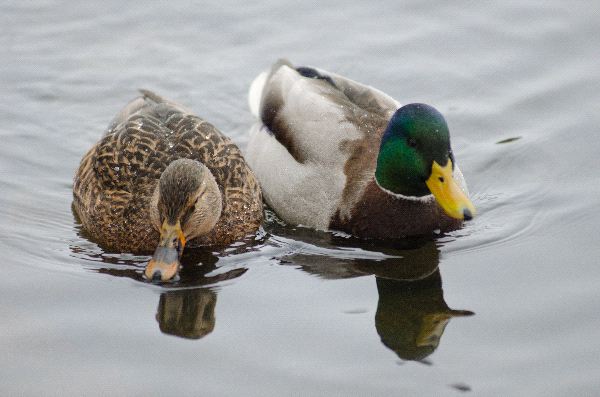