Striped Tiger is what the name of the Malayan Tiger means. It is a very fitting description for this tiger subspecies. It was named in 2004 as a separate subspecies, but prior to that is was in the same category as the Indochinese Tiger.

The Malayan Tiger is smaller than several of the other subspecies. The males are about 8 ½ feet long and the females are about 7 feet 10 inches in length. Weight can vary depending on location from 104 to 284 pounds with the males being heavier than the females. They feature an orange color and black stripes. The stripes are  thinner though than for other species of tigers.

The Malayan Tiger lives in the Malay Peninsula around the central and Southern areas. They have been known to live in vegetative areas as well as forests. They are found around the river locations. They have also been found around regions of agricultural land that was abandoned. They don’t often live too close to humans or roads.

There isn’t much information known about the overall behaviors of the Malayan Tiger in the wild. More information is needed to learn about their territorial concerns, mating rituals, and communication. Due to the low number of them and the location where they live though it has been difficult to get a large scale study done. Most of the work done with these tigers has been for conservation due to the risk of them becoming extinct. 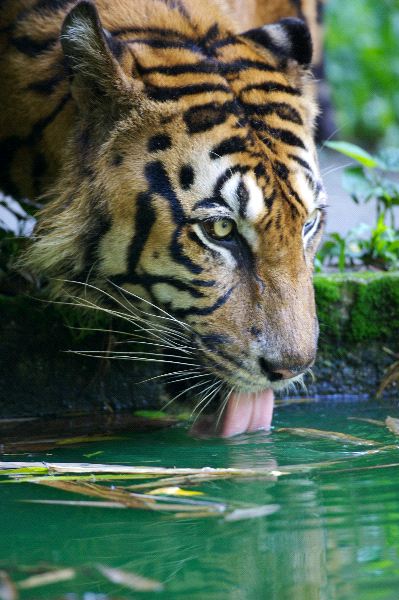 There are various food sources for the Malayan Tigers. They include the sun bear, wild boars, and deer. They will feed on smaller prey too if they are having a hard time finding these medium and large sized animals. Often, the smaller prey doesn’t offer them enough energy that they need for survival so the lack of prey can be a huge concern for overall survival.

Due to a smaller habitat than before, and the need for food, some of these tigers have taken to consuming livestock. This has created some ongoing issues with humans that are going to kill the tigers in an effort to preserve their investment in ranching.

Like other tigers, they can mate any time of the year. From November until March though seems to be the most common in their region. Females are ready to mate around 3 years of age and the males are ready about 5 years of age. The females will find a den for the young to be born in, which occurs approximately 100 days after mating. They are born blind and completely helpless, so they consume milk from the mother. There can be up to 7 young at once, but usually just 2 or 4 cubs. There is a high mortality rate with less than half of them living for the first 2 years. 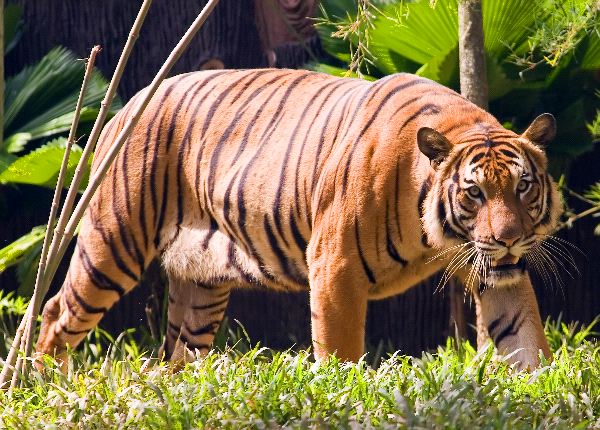 Malayan Tigeress Walking In the Forest

This tiger is current classified as endangered by the IUCN. In 2003 the number of them in the wild ranged from 493 to 1,480. There are believed to be 3 subpopulations out there but they continue to be declining in numbers and that is the main concern. Issues with their habitat becoming fragmented is a huge concern. As more development and agricultural elements are created, their living environment is compromised. Logging operations have been noted to be problematic to these tigers.

Poaching has been a concern too due to the fat that eating tiger meat is very common in this area. The bones of the tigers are also used for various forms of medicines to be created. Protecting the tigers by reducing habitat destruction and poaching is very difficult but continues to be top priorities. They do seem to do well in captivity, and many zoo programs participate in successful mating programs for the Malayan Tigers.