Those that are herbivores may consume various plants and shrubs around their area. They may feed on the ground, in rock crevices, and even in the trees. It all depends on their species and the habitat that they live in. Some of the species of Lizards consume algae from wet rocks that are around a body of water. They use their tongues to lick it up and they get all the nutrition that they need from it. However, they have to consume large amounts of it on a regular basis.

Some Lizards are omnivores because they consume both plants and small animals. They are very opportunistic so they will dine on what they can find. They will consume small insects, small mammals, and eat from the plants and trees. Many of the larger Lizards are carnivores and they will eat various animals including other species of Lizards. They may consume the young Lizards that have been recently born because they are very easy prey.

When Lizards are looking for food they have to move around. They also move their tongue in and out at a rapid pace. This allows them to take in tastes of their surroundings and to get them into the throat. That sends messages to the brain about the types of food options that are found in a given location. Those same messages can also help them to decide if they should stay in a given area for food or if they need to explore new areas and adapt to changes in the environment. 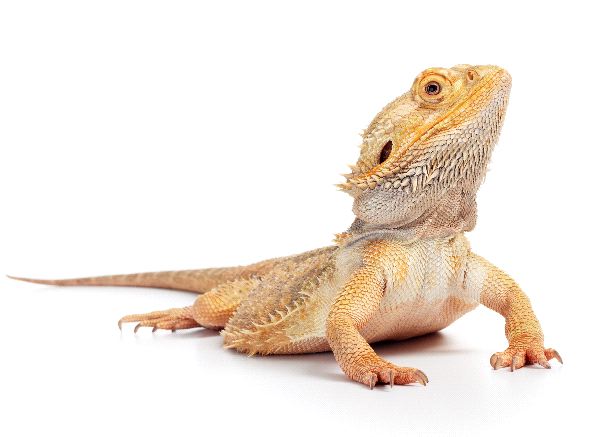 All Lizards of rows of teeth but they will vary in terms of the size and how sharp they are. Those that are meat eaters will have larger and sharper teeth. Most species of Lizards are able to grow teeth their entire life. The fact that they can replace what they lose helps them to be able to continue finding enough food for survival.

Lizards also have teeth that are found on the roof of their mouth. This allows them to crush food items and then the swallow it. They don’t spend very much time at all chewing what they are consuming.

Lizards are also believed to have exceptional levels of sight. This allows them to notice areas for feeding from a long ways off. They are able to identify insects, small prey, and other sources of food. They can move very quickly too so the combined efforts allow them to find their food sources. Most of the time they are successful in being able to easily capture what they are after for a meal.

All Lizards need water and the amount of it will vary by species. However, they can go a very long period of time without any water at all. Lizards also have the ability to conserve the water they take in. They excrete salt and that allows them to keep the water in their bodies. Any time you see a Lizard that has white residue all over it they have been excreting large amounts of salt to retain their water.