It is no surprise that the Little Penguin is the smallest of all species. They are sometime referred to as Fairy Penguins too due to their small size. They definitely get plenty of attention though due to the fact that they are so small.

This particular penguin is only about 13 inches tall. They weigh between 3 and 5 pounds. The females are just a bit smaller than the males. The body is more of a dark blue in color than black. The ears are gray with white under them. They also have white than starts at the chin and runs down the length of the belly. The beak is long and dark in color. They also have short feet that are webbed. 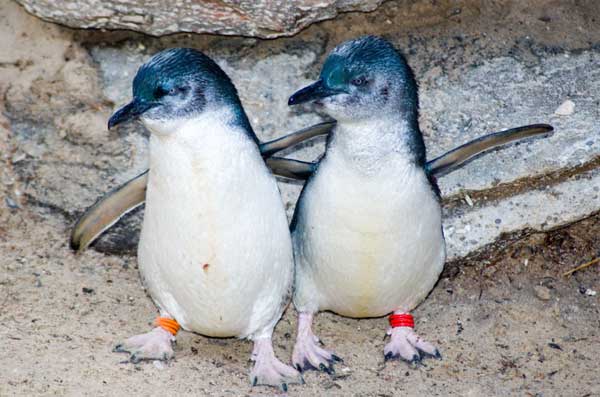 For the Little Penguin, the majority of their life is spent in the water. They may spend from 12 to 18 hours in the water at a time before they come out. They will be on land for mating and for molting purposes. They will spend most of their time feeding at night but can be seen feeding during the day. They will engage often in preening to ensure their feathers have enough oil on them. This is important to keep them well protected with so much time spent in the water.

There are plenty of distinct calls that are offered from the Little Penguin. These vocals help them to find their mate, to secure a mate for the first time, to communicate with young, to warn of danger, and more. They have large sounds for such a small creature, and that could be one of their mechanisms to help them with ultimate survival.

Physical attacks including biting have been witnessed among these penguins. They tend to try to use vocals first but will attack if they feel they or their young are at risk. The biggest fights occur over the best nesting locations. These penguins need to give their young the best chance of living by offering a safe place for the egg to hatch.

Most of the feeding for these penguins takes place close to the surface of the water. They will dive up to 65 meters to find food though if they need to. Their diet consists of fish, squid, and small sea animals. They do travel often to get food. They can remain under water for up to a minute. They will consume large amounts of food when possible so that they build up layers of fat. The fat allows them to fast during molting and mating so that they don’t return to get food. 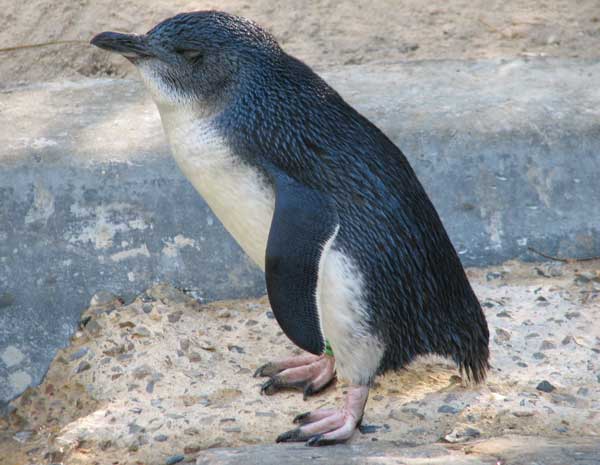 The females are ready to mate around 2 years of age and for the males it is about 3 years old. Mating occurs for previous pairs are the same location annually. They will use their ability to recognize the call of their mate to find each other. However, there are documented cases of not going with the same partner in this species and the reason for it is unknown.

It could have something to do with offspring not surviving or other instinctive concerns. Perhaps the offspring didn’t survive in previous mating periods for a pair so they opt to mate with another instead to increase the chances of success. They will then find a location to place their nest. For the new to mating males and females, it is a display to find each other.

The males will make calls and females will respond. The males will make movements and the females will copy them. While the males initiate the efforts, the female has the final say about who her mate will be. She may be very selective during this process before she settles on a mate. When she begins to mimic a male’s movements, it shows that she is interested in him. The longer she follows what he is doing the more likely it is that she has found the mate she will accept.

Nesting conditions involve finding areas where the pair can successfully burrow in the sand or underneath loose vegetation. They will also use crevices around rocks and caves as secure locations to place their nests. They use a more diverse type of location for nesting than other species of penguins. This can include the savanna, forests, and the rocky coast areas.

There is usually going to be two small eggs deposited into the nest. However, the smaller one is likely not going to survive. The parents will focus their food supply and energy on the larger chick and allow the smaller one to starve. The pair will take turns incubating the eggs. This incubation period can last from 31 to 40 days.

Then they will take turns watching over the chicks and going to bring back food for it. When the young are about 60 days old they will be fully molted and they can go to the water to get their own food. There is high mortality rate among the young chicks due to starvation and various land predators.

There is believed to be from 350,000 to 600,000 of them at this time. They aren’t endangered but they are considered to be vulnerable due to destruction to overall habitat. There has been a decline in numbers consistently since the 1960s which is what has encouraged conservation efforts to be implemented.  The average life span for the Little Penguin in the wild is approximately 6 years. Some of them in captivity have been able to survive for up to 25 years.