The Lionfish is colorful and the design of the body gives various predators a strange signal. It tells them that this isn’t a good type of food source for them to be about to contend with. They simply aren’t sure what it all about and they don’t want to take the risk that they could be putting themselves in danger by going after it. They are considered to be one of the most dangerous fish in the world due to their venom.

The Lionfish has some very unique characteristics that draw attention to it. The body is very flat and it has lines of orange and white like zebra stripes. They have pectoral fins that are very long. They can grow to a size of about 1 foot. They don’t weigh more than 2.6 pounds.

There are 9 different subspecies of the Lionfish that have been identified. They can vary in size and even their colors. Some are more red than orange.

This type of fish lives around the rocky crevices and reef areas around the Indo Pacific Ocean. They are also found in many warm water bodies around the world. Due to their unique appearance this fish is often found in captivity. People love placing the Lionfish into their aquariums due to the lovely display of color it can offer.

The Lionfish is able to produce venom that can be displayed through their needle like dorsal fins. They often sting humans as well as other animals in the water. This can cause humans to become very ill including not being able to breathe right and severe nausea. Sometimes it is fatal but very rare.

They are mainly active during the day. At night the Lionfish find crevices among rocks that they rest in. They do so to be out of the open where they would be at risk of predators consuming them.

They are solitary and they will become very aggressive if they feel that their home territory is at risk. The males tend to be more aggressive overall than the females. 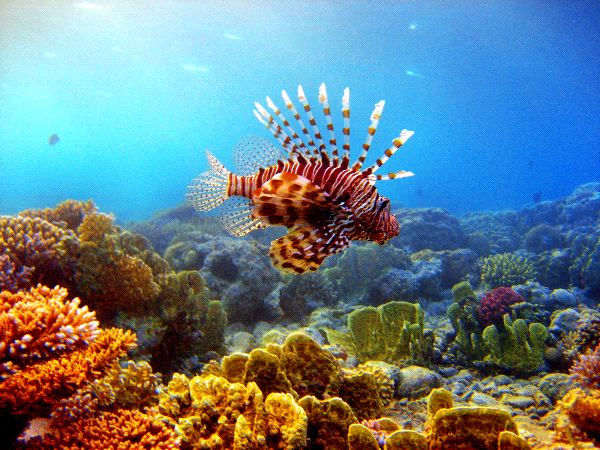 The body design of the Lionfish offers it plenty of camouflage and they are also very flexible. They are able to move around very quickly in the water. They consume fish, shrimp, and various types of crustaceans. They are very good at using those long pectoral fins to herd fish and other prey into a location that they can’t escape from. This makes it very simple for them to get their food sources.

When it is time for mating the males will start to create a small group. He may allow up to 8 females to join it. There will be other males that come along, wishing to take over that harem of females. The males may fight very aggressively to determine who will retain those females.

The females can release from 2,000 to 15,000 eggs during mating. The young will emerge in only about 2 days time. They are able to swim within 4 days. A very large number of them will end up being consumed though by various predators before they are able to mature.

The Lionfish can live up to 15 years in the right conditions. Their numbers continue to grow and that is a concern in many environments. The fact that the Lionfish and humans often share the same waters is what people are concerned about. They don’t like the idea that they could be stung by one of them when they are in the water cooling down, swimming, and just enjoying some time being care free. 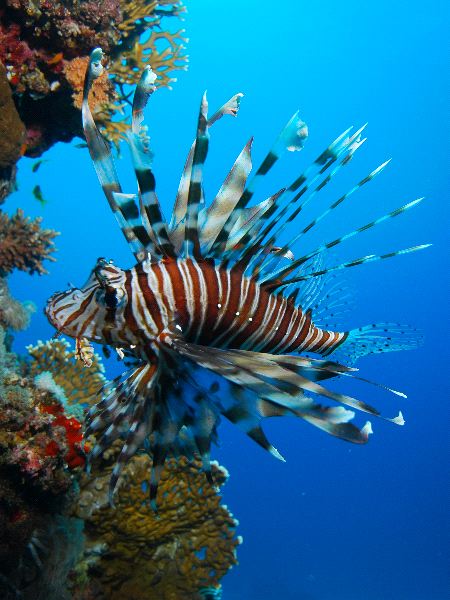