Wildlife is all around us and the eco-system has both predators and prey. Danger lurks in the darkness and in the bushes. It is also beneath the waters and roams in the skies. Birds of prey have the perfect bird’s view, spotting their prey with ease from afar and swooping them with precision and speed. A bird of prey is a bird that has a keen sense of vision, a strong curved beak that can tear flesh, and strong talons. We look at the 6 largest birds of prey in North America.

There are vast skies and plenty of animals that large birds can prey on in North America. These large birds are big in size and are well-adapted to their environment. Their features enable them to survive in the wild and hunt successfully. The following are the 6 largest birds of prey in North America: 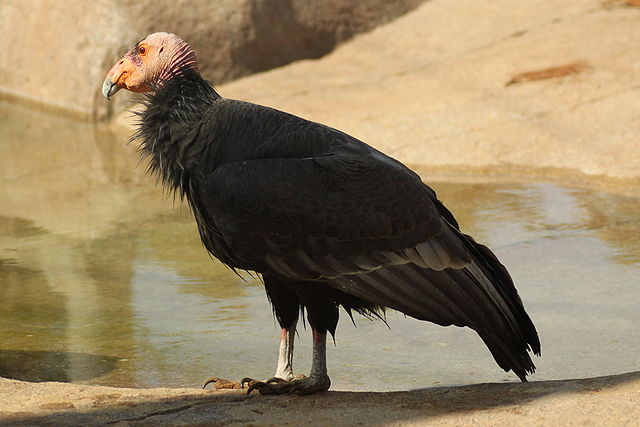 By Stacy from San Diego – california condorUploaded by Snowmanradio, CC BY 2.0, https://commons.wikimedia.org/w/index.php?curid=8031347

The  California Condor is a big bird that has a 9-foot wingspan. It can be found in southern Utah, central and southern California, Baja California, and at the Grand Canyon. It has body feathers that are black in color, with white linings on them. There are no feathers on its gray head, which turns to pinkish-orange when the bird hits the age of 5 or 6 years. This bird is an endangered species and in 2013, they were 429 in number. It preys on rodents, cattle, carrion, sheep, deer, cattle, and rabbits.

The Golden eagle is a bird that you need to watch out for. You have probably heard the saying ‘eagle eyes’. This is used to mean that a person is very keen. Eagles have a strong vision, with eyesight that is 4 to 8 times stronger than that of humans. They can spot their prey from a distance of 3 kilometers. It mostly preys on hares, rabbits, squirrels, marmots, livestock, and in some cases, caribou.  In addition to North America, the Golden eagle is also found in northern Africa and Eurasia. It is  27-33 inches long and weighs 7-14 pounds. Its wingspan is 78 inches. 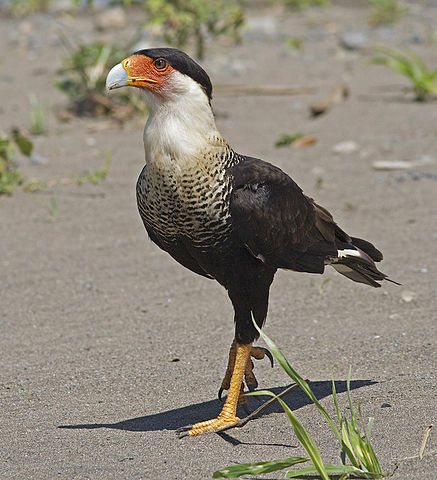 Belonging to the Falconidae family, the Crested Caracara is a large bird of prey that can weigh up to an average of 2.21 lb (1 kg) when it is an adult. The body length ranges between 49–58 cm (19–23 in) and it has a wingspan of 122–125 cm (48–49 in). The  Crested Caracara is a scavenger that mainly feeds on carrion. Occasionally, it will feed on fruits. They normally prey on small reptiles, mammals, amphibians, and young birds. It can hunt on foot and fly close to the ground, making it easy for it to spot food. They usually build large and bulky nests. 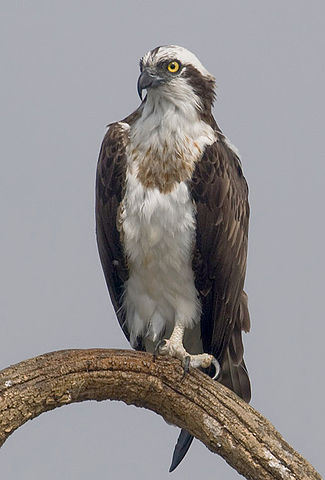 The osprey is a bird of prey in North America which mostly feeds on fish. It is also known as a river hawk, sea hawk or fish hawk. It has a large body that can measure up to 60 cm (24 in) in length and can grow to have a wingspan of up to 180 cm (71 in). The adult body weight ranges between 0.9–2.1 kg (2.0–4.6 lb). The adult male has a slimmer body and narrower wings compared to the females. Since it dives into the water to catch its prey, its body has adapted to suit it, having closable nostrils to keep out the water. Its oily plumage keeps the feathers from getting wet and heavy. Additionally, the backward-facing scales on its talons help in holding its catch. 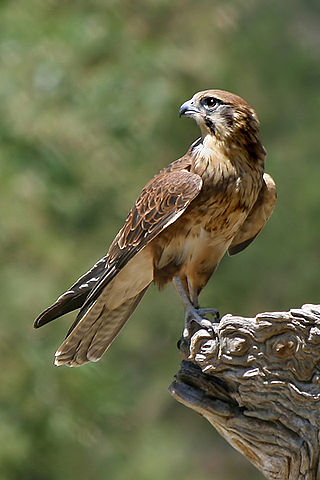 The falcon is a large bird of prey that can fly at high speeds and change direction quickly. Peregrine falcons can dive at speeds of 200 miles per hour (320 km/h). The gyrfalcon is the largest falcon and it measures up to 65 cm in length. Typically, the females are larger than the males. Similar to other birds of prey, they have strong visual power. They have a visual acuity that is 2.6 times that of a normal human. It is interesting to note that they have a close relation to parrots and songbirds and not other birds of prey. 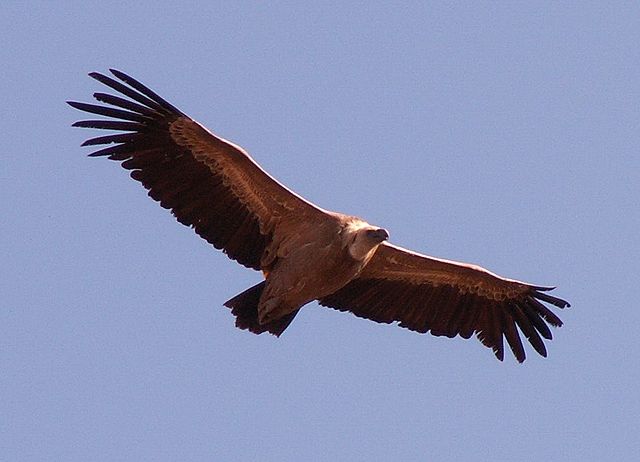 The vulture is a bird of prey that is a scavenger. The vultures found in North and South America are New World vultures. Old World vultures are found in the African, Asian, and European continents. The Turkey Vulture relies on its eyesight and/or sense of smell to find carrion whereas the Black Vulture can find its food using its eyes only.  The acidic nature of their stomach makes it possible for them to consume carcasses that have bacteria. They play a good role in the ecosystem since they remove the toxic bacteria.

We hope that you will be lucky enough to spot a big bird the next time you go on a bird spotting trip. Even better, get see the majesty of the 6 largest birds of prey in North America. These birds have their role in the ecosystem and also matter in their own big or small way.