The Lake Sturgeon can vary in size up to 396 pounds. They can also grow to be up to 9 feet in length. Their overall size will depend on age, their location, food resources, and other variables in their environment. There are many fishermen that eagerly go out there to find the larger ones. This type of fish is considered one of the best in terms of the value of the taste too so it has to do with more than just bragging rights when they get them on the hook.

The body of the Lake Sturgeon is made up of bony cartilage that is covered with slimy feeling skin. They are a dark shade of brown at the top, light brown in the middle, and then sandy or cream colored along the belly. They have a face that is pointed on the end.

They feature a long snout that helps them to get to their food sources. They have four barbels – two on each side – that help them to detect food. They don’t have any teeth. They move very gracefully in the water as they have a well designed body for survival in the rivers and lakes.

The Lake Sturgeon lives in many bodies of water around North America. They are partial to the temperate locations. They also prefer the deeper bodies of water. They live in freshwater. Their name gives the indication that they only live in lakes but they are also found living in rivers too.

Many would classify the behavior of the Lake Sturgeon as predictable and boring. They spend their time moving around gracefully in the water looking for food. They have been virtually unchanged for more than 135 million years when you take a look at their early fossil remains. 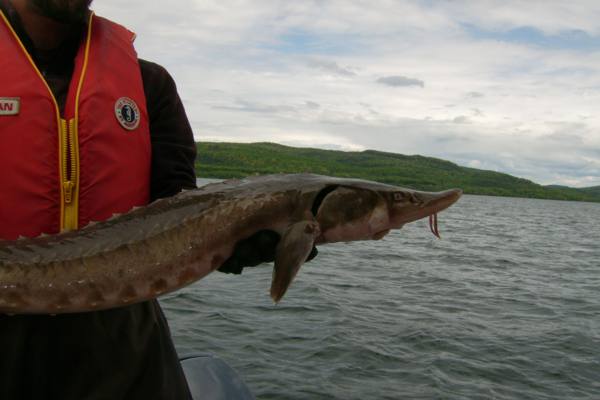 Like all species of Sturgeon, they are bottom feeders. They use the long snout to stir up the sands at the bottom of the water. This results in various sources of food to be presented for them to consume. They have barbels around the mouth that work like sensors. This helps them to find their food.

They have lips that they use to suck up food like a vacuum. Since they don’t have any teeth they swallow food whole. Their prey has to be small enough for them to be able to swallow it. They consume snails, fish eggs, larvae, and worms.

Mating for the Lake Sturgeon doesn’t occur until they are at least 30 years of age. However, they can live to be up to 100 years old so when you see it that way then their delayed reproduction isn’t as big of a factor as it may initially seem.

Spawning takes place from April and continues into late May. The timing for it will vary depending on the temperatures for the water. The female will lay a large number of eggs in a location that is as safe as possible. The young will be on their own to care for their needs once those eggs hatch about 6 days later.

Even though the number of Lake Sturgeon out there is far less than it used to be, there is no reason for concern according to the experts. In some regions this fish has been heavily hunted though for a source of oil, food, and other commercial uses. There are efforts in place though to get them introduced once again. The other issue is that in many locations including Minnesota there are limited fishing seasons for the Lake Sturgeon. 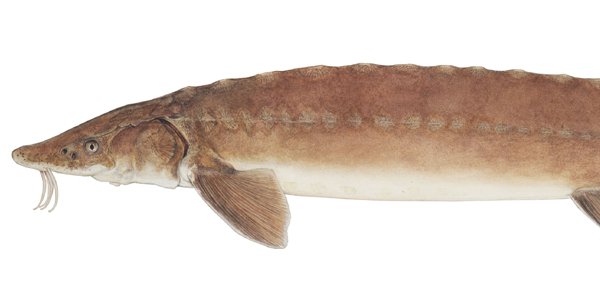