Types of Jellyfish Facts and Information

There are more than 2,000 different Jellyfish species that have been identified. They range significantly in color, size, and dimensions. Experts believe that there are still plenty of unknown species that live deeper down on the ocean waters. They are excited that one day technology will allow them to find these Jellyfish and to explore them in great detail.

Studies show that the oldest Jellyfish species are more than 700 million years old. That ranks them as some of the oldest living creatures on the entire Earth. That is a significant accomplishment. The Jellyfish is versatile and that means that they can live in a variety of conditions. Many experts believe that is what accounts for the Jellyfish species surviving for so long. They can adapt to changes in climate as well as water temperatures, currents, and even the depth of the water that they live in.

While there are many differences among the various Jellyfish species there are plenty of common areas. For example they are all invertebrates with only about 5% of their bodies being made up of solid materials. They don’t have brains either so everything they do is programmed into their sensors. 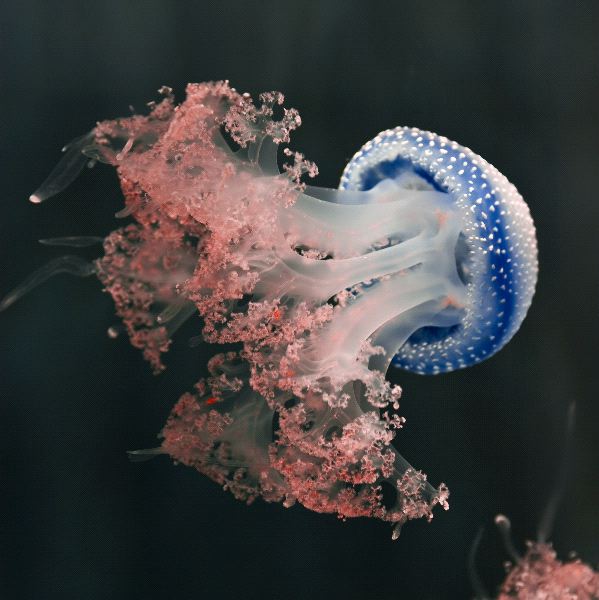 All Jellyfish species have tentacles which is where their stingers are. Those stingers have toxins in them. When a Jellyfish comes into contact with anything they will sting it. This includes other creatures in the water and even humans. The toxicity level of the Jellyfish though will significantly vary.

A sting from one can really be painful for a human. The area can become red, swollen, and inflamed instantly. There are certain species though that can be fatal for a human because the toxins can affect the heart very quickly. Immediate medical help may be able to save someone in such a predicament.

Only about 12 species of the Rhizostomeae order are harvested in order to offer a type of delicacy food for people. The main locations for such foods to be offered including China. However, they are starting to be found out there around Japan and other countries too. The umbrella part of the body and the oral arms are what are consumed in these types of food dishes. They can be served along or as part of an overall recipe with species. They can also be fried or baked to offer a texture that is crunchy. 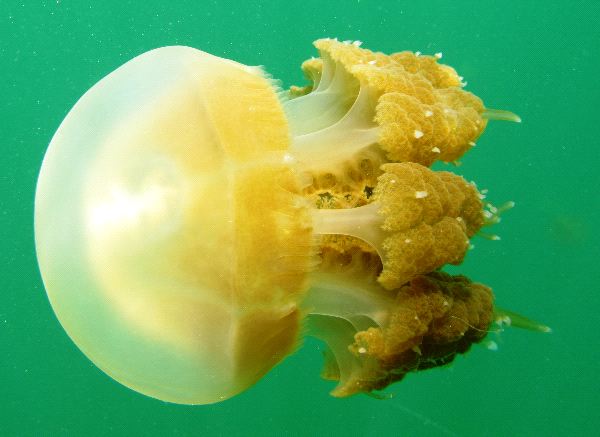 The adaptability of the Jellyfish species is very important to consider. In spite of problems in the oceans including pollution, more humans, and even changes to the food chain they have been able to continue thriving. They are able to create both eggs and sperm so they are both sexual and asexual.

There aren’t any real conservation efforts in place for the Jellyfish at this point in time. In fact, in some regions their population has become so high that there are concerns. Many humans fail to feel safe in the waters of the ocean due to the risk of getting stung by them. There are species that live close to the water and those that are out in the depths of it. They are hard to see under the water and they will sting without warning due to their natural instinct.