The habitat for Jellyfish is very vast as they can live in any ocean water. With over 2,000 species out there they have been able to find plenty of locations where they can thrive. Some species live in the cold Arctic water and others live in the warm tropical waters. Some species live at the bottom of the ocean floor while others are very close to the surface. Some of them are far out in the water and you will find those that are close to the shore too.

Changes in water temperature can account for where they will be surviving. The amount of food that is available to them in any given location will also determine part of where they live.

As a result their habitat is really anywhere in the ocean that they are taken due to those contributing factors. For other larger species of Jellyfish though their movements have to do with controlling vertical movements as well. When Jellyfish are still in the polyp stage they have to find something in the water to attach to. It is only when they are a full Jellyfish that they can freely float around.

There will be times when a Jellyfish is out there moving around by itself in the habitat. Then there are times when they form blooms that can have a handful or thousands of them in a given location. The saltier areas of the ocean seem to have more blooms than the other locations.

Experts have found that the Jellyfish has been around for over 700 million years. The fact that they have been able to easily adapt to their habitat over time is part of that survival. They continue to be able to evolve based on their surroundings. Even as people have began to spend more time in the oceans and there are problems like pollution they continue to thrive.

Toxins in the bodies of water where Jellyfish live though have been a problem to their habitat though. Studies show that toxins from various types of pollution, oil spills, and chemicals can all get into the thin layers of skin of the Jellyfish. This can result in them not creating offspring. It can also shorten their life span significantly. 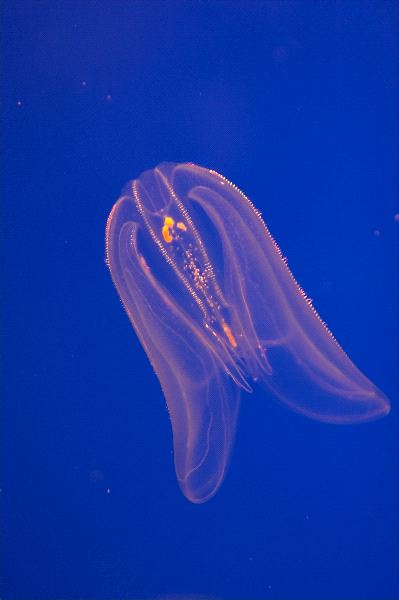 The Jellyfish tends to do well in captivity too under the right conditions. They don’t do so well in limited space so that can be a factor with larger ones in captivity. They need to have special aquariums for movement so that they don’t become trapped in corners. Many large aquariums in big cities offer glass enclosures so that people can get an up close and personal look at the Jellyfish.

Yet this can be very expensive when you consider that they need rounded corners of the aquarium. They also need a constant water current in place for them to survive. Even so the learning benefits are often enough to justify going the distance so that Jellyfish species can be displayed.

It is possible to get a kit for home where you can have small species of Jellyfish as pets. They do require plenty of care though so don’t think for an instance that it is a great pet due to the lack of care you will have to offer. Talking to a specialist at a pet store that offers them can help you to determine if you would be able to offer them what they would need for survival.