The anatomy of a Jellyfish is very interesting to examine in depth. They are well known for their swift and graceful movements through the ocean waters. The Jellyfish is a simple invertebrate but they are able to move better than others that fall into that same classification.

The body of a Jellyfish features a central axis point. If you look at the body though you will see that it is a symmetrical. That means that there are identical parts on both sides. If you were to cut a Jellyfish in half you would have two pieces that mirror each other. This body design helps the Jellyfish with their survival.

Jellyfish also rely on the use of nerve receptors that are in their bodies. These nerve receptors allow them to react to many things in their environment. This includes odors, light, pressure, and even external stimuli.

They don’t have a brain which is very interesting to many people. Everything that a Jellyfish does is automatic based on those nerve receptors. They don’t have any functionality system either that is specialized. The lack of these two elements has further fueled the interest that researchers have with the Jellyfish. 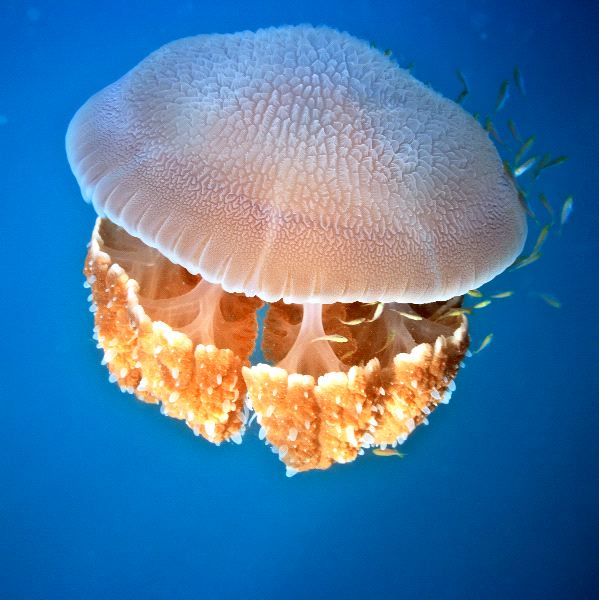 Both males and females can release eggs and sperm. That could also account for their survival. They won’t need a male and female pair per se to be able to create offspring. Even in areas where there are few Jellyfish this type of reproduction effort can help them to stay populated.

They are able to eat using the long arms which can be four or eight depending on the species of the Jellyfish. The bell shape of the Jellyfish explains why they can control vertical movements but not those that are horizontal. The tentacles also allow the Jellyfish to be able to sting. 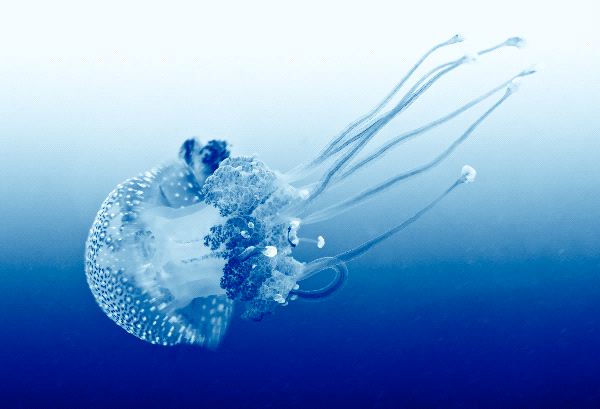 These tentacles are filled with toxins that allow them to kill prey. They will also sting and release the toxins when they feel they may be in danger. Any time they come into contact with something they will have a natural reaction to sting. This is why so many people get stung by Jellyfish when they are in the ocean. It is a natural response due to the anatomy of these creatures.

Experts believe that only about 5% of the body of a Jellyfish is made from any type of solid matter. This is part of why they are able to easily glide around in the water. They often conserve energy by allowing the currents of the water and the wind to help them move around.

The lifespan of a Jellyfish is very short. They may live for just a couple of hours. Other species may live for a period of time up to 6 months and just one, the Turritopsis nutricula, never die.