The Ivory Billed Woodpecker is a medium sized bird with a long neck. They are usually black in color with white areas. This is the rarest bird found in North America. They have well defined feathers that are gorgeous. Their numbers have dwindled to the point of be classified by the International Union for Conservation of Nature as critically endangered and even possibly extinct.

As you may have already guessed from the name, the bill is ivory colored. They have a distinct red color on the top of their head. When they are in flight the wings appear to be white with black at the tips. They also have a black stripe down the middle of the back. They are lovely looking birds and very elegant in flight.

The Ivory Billed Woodpecker was once found throughout the United States. For over 50 years though they have been believed to be extinct. A small number of them found in 2004 though revamped interest in them. Now it is know that there are small populations of them in remote locations including areas of Arkansas. It is very hard though to determine just how many of them are actually in the wild.

They use their bill to make a pecking sound that can be very loud and very rapid. They often make a sound that is very similar to drumming. It can go on for long periods of time. In areas where this Woodpecker shares close habitat with humans it can quickly be considered as a nuisance. 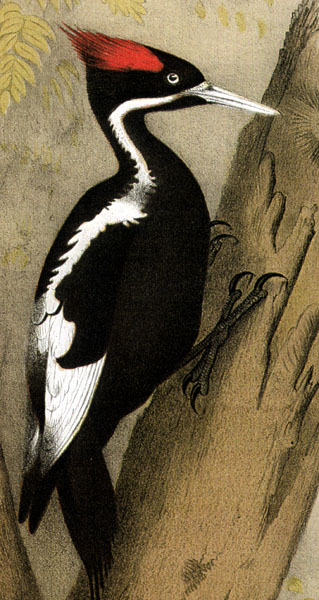 They consume a variety of insects, beetles, and even larvae in order to survive. During certain times of the year they may be able to access berries, fruits, and nuts. They have a good memory so they are able to remember where those entities will be found out as the seasons change.

When they are forging for food they use their bill to be able to peck away at the trees. This allows them to get to the beetles that are inside of it. They tend to do well in areas that offer plenty of dead and decaying trees. When those locations are cleared away though it makes it harder for them to get their food that they need.

There is a great deal that the experts don’t know about Ivory Billed Woodpecker mating habits. There are many times when a male will display for a female and she will turn him away. They believe that stress, reduced habitat, and even a struggle to find enough food can cause a female to refuse to mate.

When a pair does decide to mate they often will become a pair for life. They will create a nest as a team where they will deposit the eggs that the female’s body creates. This can occur between January and March depending on the location. The clutch is from 2 – 5 eggs at a time. They will take turns incubating them until they hatch. It can take about 28 days for them to emerge.

Both parents will be responsible for bringing food to them. They will also protect them from various predators. When the young are about 5 weeks old they will be able to fly. The family will stay together until late in the fall and then all go their separate directions.

Even though it is exciting that some of the Ivory Billed Woodpeckers have been found, they remain classified as being critically endangered. There are elaborate studies in both Arkansas and Florida to find out just how many of them are out there. If some can be captured it may be possible to create breading programs for them in captivity. Then they can later be released back into the wild. 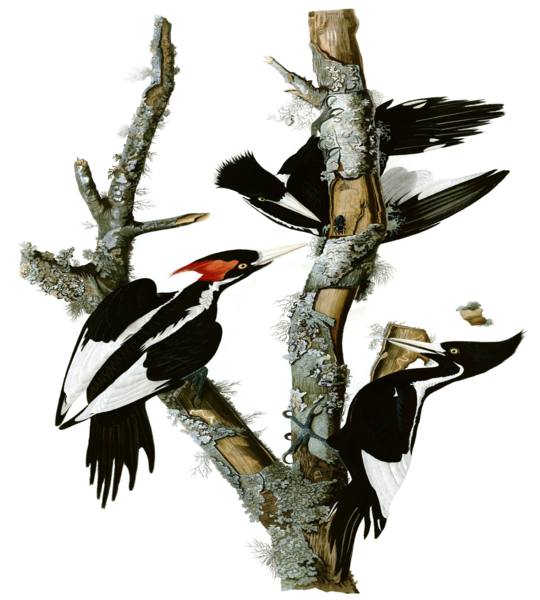