The Humboldt Penguin is often called the Peruvian Penguin. You may hear it referred to as the Patranca as well. It is closely related to the Galapagos Penguin and the Magellanic Penguin species. It was named after the explorer Alexander von Humboldt who recognized it swimming in the waters.

This is a medium sized penguin that is from 22 to 28 inches tall. They weigh from 8 to 13 pounds. The head is black with a distinct feature of a white border that runs behind the eye and around the ears to the chin. They also feature a breast band down the flanks to the thigh but only the adults display it. Females are a bit smaller than the males but they look very similar. They feature sharp claws at the ends of the feet that they rely on for climbing. They have two layers of feathers to offer them protection from the wind and the cold water.

The Humboldt Penguin is found in Peru, Columbia, Ecuador, Argentina, and Chile. They thrive in the cold water current found in the waters that run from the Antarctic to the west coast of South America. Some isolated colonies have been identified around the Punihuil Islands as well. They create nests on the rocky coastal areas. They may use burrowing holes or caves to place their nests. 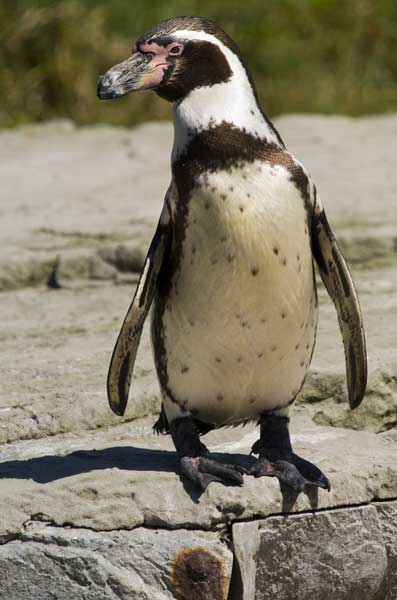 The Humboldt Penguin is a good climber. They are also very good swimmers, moving at high speeds to find food and for safety. They don’t have to use much energy to move in the water due to the design of their bodies. They mainly form large colonies on land for breeding purposes. However, other than during that period of time, they spend most of their time in the water.

This species of penguin spends time preening their features just about every single morning. They do this to ensure the right amount of oil is on their features. The oil comes from a gland by the tail and they use their bill to move it all over the features. Without this process of preening, they will end up with feathers that don’t offer them proper protection or insulation.  You may see them twisting and turning this way and that way to make sure they get to all of the locations.

They have also been seen taking part in preening each other. Not only does this protect the features, but it aids them with getting their needs for social interaction and touching met. They are often seen on land huddled very closely. This allows them to socialize but also helps them to stay warm.

In order to do so, they need to eat all that they can when food supplies are abundant. The Humboldt Penguin will spend hours each day consuming food. They usually will feed in the morning right after preening. Their diet in the wild consists of smelt, anchovies, other small fish, and herring. Krill and squid may be part of their intake too depending on where they are hunting. In captivity, they are usually fed a diet of trout, herring ,and smelt.

This penguin is able to dive up to 150 meters to find food. When they are struggling to find enough food though that is when they will be taking deeper dives to find what they can. 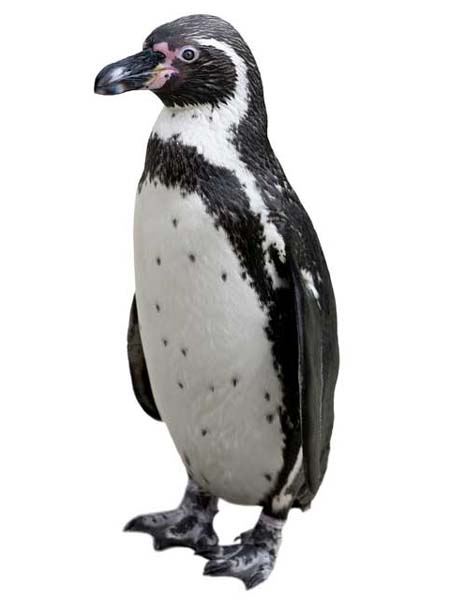 The age of maturity for mating is very diverse for the Humboldt Penguin. It can range from 2 to 7 years of age. They can mate any time of the year. When possible, pairs will mate with each other year after year.

The nests are created in burrows or caves, mainly along cliff areas. The females will lay either 1 or 2 eggs. Both parents will take turns incubating the eggs for about 40 days. Most of the time only the larger of two chicks is going to survive. The parents will give the majority of the food to the larger one. The parents take turns caring for the young and going to get food to bring back to the nest. When the chick is about 2 months of age, it will be left alone and both parents will search for food.

They will fledge about 70-90 days of age. However, they won’t get their adult molt feathers until they are about 1 year old. Then they will have to hunt for their own food. There is a high mortality rate of the young, especially when the chicks are left on the shore alone.