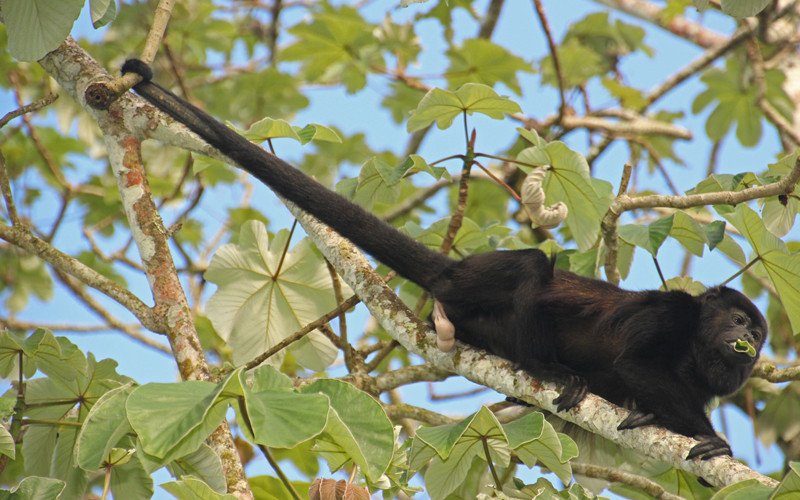 These new world monkeys have advanced color vision; and it has started to evolve from other monkeys because of gene duplication over time. They can live up to 20 years but whoever knows if there aren’t one or two older howler monkeys out there.

They are very vocal when it comes to these animals; and they are one of the biggest, if not the very biggest of all new world monkeys. They can use their tails as an extra arm; they can grip onto tree branches and even hang onto branches with their tails.

These tails prove to be a vital tool for the howler monkeys because the monkeys do not like to step onto the ground. Most use their tails to hang from the trees to avoid the ground; and love the higher altitudes to eat the leaves. The male howler monkeys are a lot heavier than the females.

There are different types of howler monkeys including;

The Habitat of a Howler Monkey

Most of these new world monkeys can be found in south or Central America; these are considered to be tropical areas which the howlers need.  The howler monkeys do have a unique call and cry.  Though, when a large group of howlers get together and start calling all at the same time, the sounds can be heard miles away from the group.  This is truly unique and very amazing.

Most of the howlers are going to reside in the rainforest areas including areas such as north Argentina, Brazil – to the south, and Bolivia and Paraguay also.  Howlers need areas which are prone to tropical climates with a lot of rain present.  Most of the rainforests are able to contend with offering enough food for the howler’s dietary needs.

However, many acres of the howler’s natural habitats have been destroyed by human hands due to deforestation. Whereas the Brown howlers can be mostly found near the coastal forest of Brazil.

Though, the Mantled howler’s can be found in Mexico, usually the south part of the country.  They can also be found in Central America such as Honduras and even Colombia and Ecuador.  Most howlers look to lowland habitats to reside because it’s where they are most comfortable.

The red howler monkeys also can usually be found in most of South America; however the Mexican black howler can be found in Mexico, Guatemala and Belize. 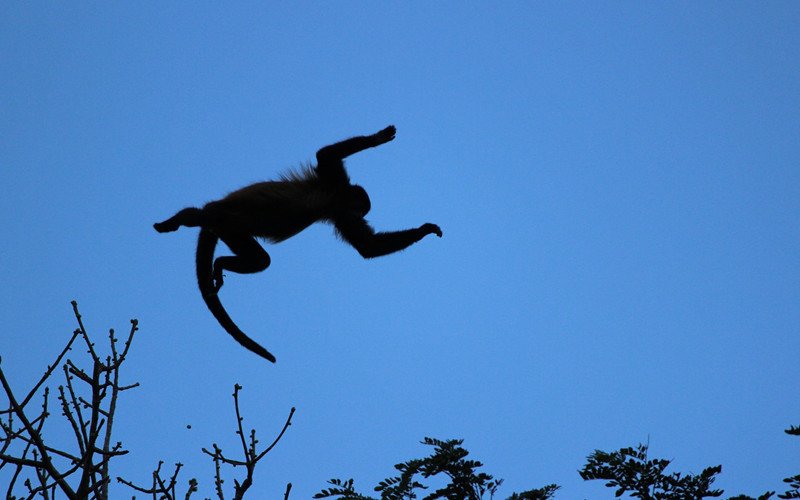 The Behavior of the Howler Monkeys

Howlers, no matter which specific type of species, usually live in different groups, smaller groups of 6-15.  Most of the time, these howlers, do not live within fairly large groups; and that the groups usually have 1-3 males.  The rest of the groups are usually females; and the mantle howlers will live in groups of 15-20 so a little larger than most other howlers.

With some larger groups, the howler monkeys will have a few more males. The howlers move from their natal groups – both females and males; and usually live most of their lives with monkeys they are not related to. This helps to create a good breeding program and avoid inbreeding also.

There is not a lot of fighting between the monkeys however in the same groups.  The specific size of a group can vary however by where they reside.  Though usually, the ratio for males to females is 1 male for every 4 females.

What Do The Howler Monkeys Eat?

Most howlers are larger animals but are very slow to move.  They love to eat canopy leaves, flowers, nuts, buds and most fruits; however, they have to be very careful as to what they eat.  Sometimes, they can eat too much of small insects which can product too much poison for their bodies.  Some can even eat chicken coops and birds nets.

Some of the brown howlers can usually only eat flowers, fruits and leaves – this is what they are mostly reliant on.  However, diets can change from where they live and the season in which they are in also.  Leaves can actually contribute a high percentage of the howler diets.

The Reproduction of the Howler Monkeys

Some gestation periods can last up to around 180 days, sometimes 190 but this can vary. The females will only give birth to one infant and will take the entire year to care for the infant before they even consider mating with another male.

Some other species of the howler family, such as the brown howlers can form all same sex groups.  Some groups will be all male and some will be all female; some will live alone and others will stay together in a close knit group.

It can all vary in different groups and different howlers.  Some monkeys will love to live with larger groups and some will prefer a single life with only one or two other specific monkeys for company also.