How To Tell A Baby Turtle Is A Sea Turtle 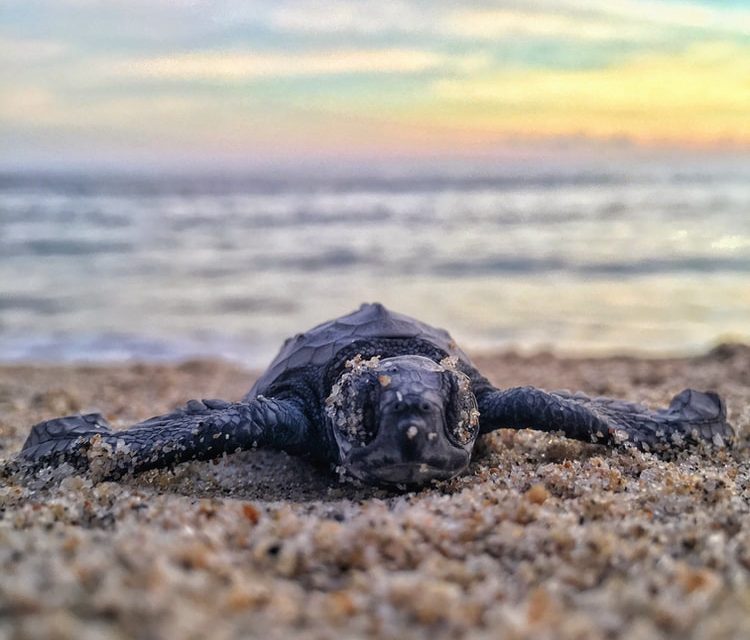 Turtles are reptiles that have been around since 220 million years ago, which make them even more primitive than crocodiles. There are 356 species of turtle in the world, made up of 13 families, ranging from sea turtles to snapping turtles to tortoises.

Experts recognize 7 different species of sea turtle in the world: the Leatherback Turtle, Flatback Turtle, Green Sea Turtle, Hawksbill Turtle, Loggerhead Turtle, Kemp’s Ridley Turtle, and the Olive Ridley Turtle. Though each species possesses several unique characteristics, there are many similarities in which to be able to tell a sea turtle from a different family of turtle. Sea turtles always live in saltwater, as opposed to many other turtles that thrive in freshwater. They travel to land only to lay their eggs on the shores of beaches. When attempting to identify if a baby turtle is a sea turtle, refer to the following criteria.

Sea turtles have elongated flippers for front feet which allow them to swim rapidly through ocean waters, as well as webbed flippers in the back that act as rudders. Because of this, they can only crawl when on land and cannot fully lift their body off of the ground like other turtles. Freshwater turtles and tortoises have more distinguishable legs and feet with toes, (for freshwater turtles these are webbed), and most even have claws that they use to tear their food or to dig. Sea turtles do not have claws. Be careful not to confuse the flippers of sea turtles with the highly webbed feet of softshell turtles, which at first glance can look like flippers.

While most turtles can retract their head and neck into their shell in order to protect themselves, sea turtles have lost the ability to do so. If the baby turtle is able to hide its head in its shell, it is not a sea turtle.

Sea turtles are marine animals and thrive in saltwater. Other turtles might live in the water but cannot survive in saltwater like the sea turtle. Meanwhile, tortoises might sometimes enter a body of water like a pool or puddle, but they live exclusively on land. When a baby sea turtle is born, it begins to crawl towards the ocean in order to return to the water. If the baby turtle does not immediately seek out the water after hatching and emerging from the nest, it is not a sea turtle.