How Long Do Harbor Seals Live? 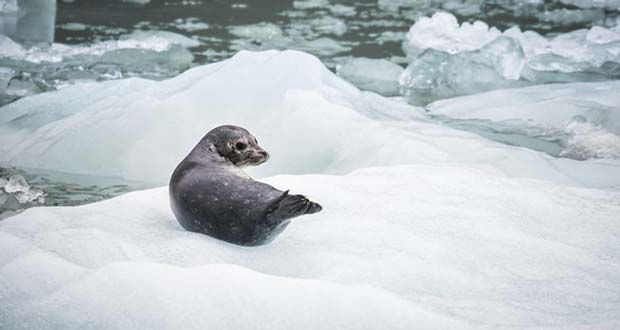 Harbor Seals are the most widespread and common mammal on the planet. You can find them in both the Pacific and Atlantic oceans. You can also find them relaxing on rocks and beaches of the Baltic and North Seas. The seals are restricted to the coastlines and are never seen more than 20km from the shore. Sometimes seals can be seen floating on ice in fjords in a banana-like shape with their heads and rear flippers elevated.

Lifespan and Migration of Harbor Seals

The lifespan is slightly different between the male and female harbor seal. Females generally live 30 to 35 years. On the other hand, males live only 20 to 25 years. It is suspected that the difference comes because males endure much more stress during courtship.

Harbor Seals will migrate annually from the cold Arctic waters to warmer shores of the Northern hemisphere in order to breed.

Courtship and Mating of Harbor Seals

Harbor Seals will return to the same breeding ground each year. Females will mate with the largest and most powerful male seal in the area. As such when the female seals come into heat males will duke it out to see who will be the one to mate. The reigning male will usually mate with several females.

Males and females will then exhibit pre-mating activities such as rolling, bubble-blowing, and mouthing each other’s necks. Males will also perform underwater vocal displays during short dives. These performances happen near haul-out areas, foraging area, and travel routes between the two areas. They also increase in frequency during the times females are more likely to be in the water.

Once the fighting and vocal performances are finished male seals begin true mating behavior by chasing, neck- and flipper-biting, and embracing the females. When approached the females growl, head-thrust, and wave their flippers. The final act of mating takes place in the water. 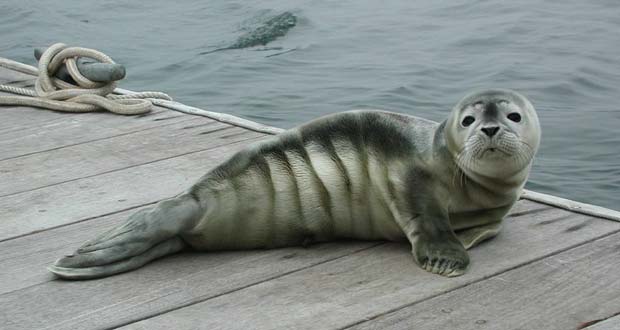 Harbor Seal pups are born during the spring and summer months. They will nurse on their mother’s milk, which is 50 percent fat, for 4 to 6 weeks. The pups generally weight about 24 pounds at birth and can swim within moments. Similar to adults, pups will haul-out of the water to regulate their temperature and rest. Mothers and pups will group together and form nurseries to protect themselves from predators.

Harbor Seals are predatory creatures. They feed on fish like menhaden, anchovy, seabass, herring, mackerel, cod, whiting, and flatfish. They have also been seen eating shrimp, mollusks, and squid. Harbor Seals will dive underwater for up to 10 minutes in order to hunt. Most of the times they dive to only 60 feet or less.

However, they have been known to reach depths of nearly 1500 feet. Harbor Seals need to eat up to 5% of their body weight in food each day to keep at a healthy weight.

Predators and Other Threats to the Harbor Seal

Predators of the harbor seal are primarily the sharks, orcas, polar bears, walruses, and sometimes sea lions. Seal pups are also hunted by raptors and smaller mammals like foxes and coyotes. Harbor Seals face other threats besides predators.