There are many ocean creatures in the world and one of them is the Harbour Porpoise. It is considered to be one of the smallest Cetaceans. It is often confused with a Dolphin but they are different in a variety of ways.

The body of the Harbour Porpoise is round and offers them layers of fat that help to keep them insulated even in very cold waters. They have a thin tail that fans out behind them. They have a round snout and a small mouth with between 16 and 28 small but sharp teeth on both the top and bottom of the jaw.

They offer a dark gray or dark brown color on the face and along the top of them. The bottom of them though is a cream color or a very light tan. This type of color scheme allows them to blend in from the top as well as from the bottom of the water. They can be up to 6 feet long and the males weigh as much as 134 pounds. The females are heavier so they weigh around 167.

They tend to live very close to the shore and that makes them very easy to observe. Many tourists in various areas have come to see them and are amazed at how close they get to the shore. They live in many regions that offer them coastal waters. This includes the Black Sea, the Northern Part of the Atlanta Ocean and the Northern Part of the Pacific Ocean. They have also been found living various rivers and bays too.

Adverse weather can result in the Harbour Porpoise being placed on land. Then they can’t get back into the water. In many areas there are volunteers that look for them after such events. They know if they can get them back into the water quickly they will have a good chance of surviving. This is one aquatic creature that doesn’t thrive well in captivity.

The Harbour Porpoise is very shy and it will often bolt in the other direction if it is in contact with people or various other forms of aquatic life. They make very loud puffing sounds as they come to the surface to breathe.

They may live alone, with one other, or in small groups. It often depends on the location and the availability of food. In some instances there are simply plenty of them around that share a food source so they may look like they are part of a group. However, after the meal they all go their separate directions. 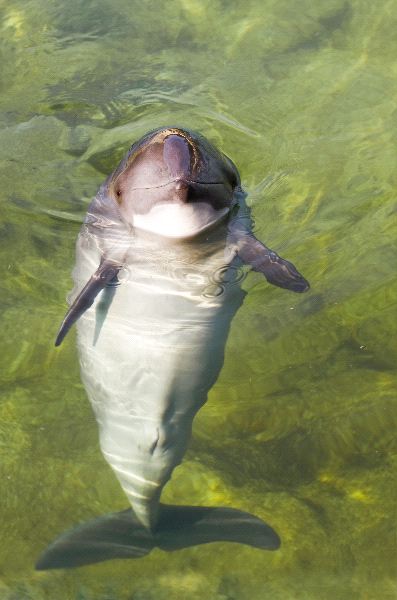 Various types of fish including herring, sardines, squid, and cod make up the diet for the Harbour Porpoise. They eat for several hours each day because they need lots of food to thrive. They usually eat about 8% of their body weight every day.

They are usually ready for mating between the ages of 3 and 4 years old. The males will often compete for the right to mate with a given female. After mating the pair will go back to their own separate ways of living.

The gestation period is about 11 months. The young are called calves and they can weigh up to 15 pounds when they are born. They will consume milk from the mother’s body for the first 8 months. However, they will stay with their mother for over a year. The Harbour Porpoise females only mate every other year so that they can care for their offspring from the previous year. 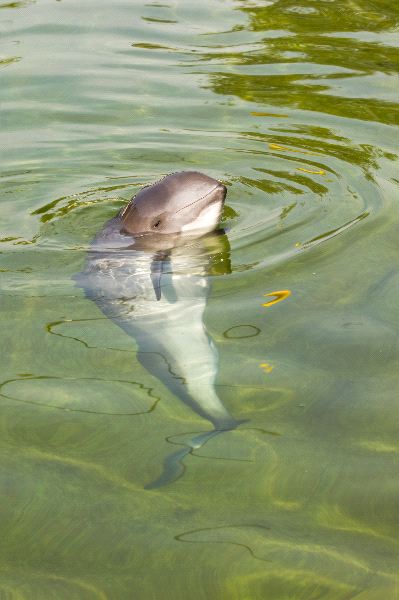