Habitats of the Wombat 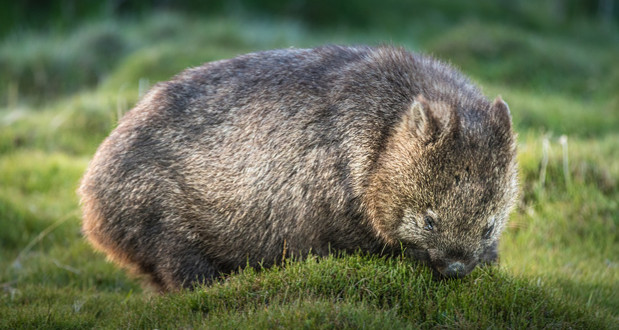 Australia is known for its range of exotic and interesting animals. Perhaps one of the cutest and cuddly is the wombat. With features similar to a cross between a miniature bear and a large rodent, it has a face that just asks to be loved.

The wombat is a four-legged marsupial that calls Australia its home. They have short, powerful legs and long claws that make them excellent diggers. The wombat is closely related to the koala bear, just missing the ability to climb trees.

There are three species of wombat, and each has preferences in geography and climate, food and water, and shelter, which are all elements of their individual habitats. 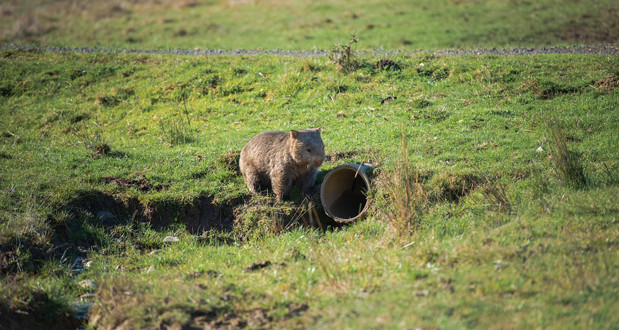 The Northern Hairy-Nosed Wombat is considered critically endangered, and only one colony exists. It can be found in the Epping Forest National Park in Queensland, surrounded by a fence designed specifically to keep dingos out.

The Southern Hairy-Nosed Wombat is only found in small secluded areas in the central part of southern Australia. These wombats prefer open grasslands, shrublands, plains, and savannas that are found inland.

The common wombat is the most widespread species, and individual colonies can be found throughout the continent. They are the most common in southeastern Australia, Tasmania, and some of the Bass Strait Islands. The common wombat has a preference for temperate forest covering and spaces with vegetation. 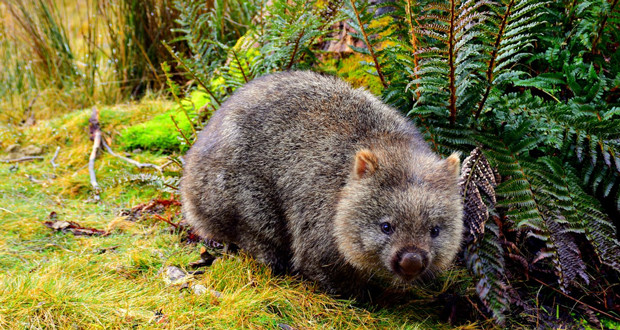 A result of choosing temperate forests and shrublands as habitat is that cover is easy to come by. Trees and shrubs provide natural shelter for the wombat from predators, heat, and inclement weather. Wombats also find refuge in their burrows, which is where they spend the majority of daylight time.

These creatures have powerful legs and claws meant for digging and burrowing. They can create burrows that run into the ground for up to one hundred feet, even though they are only about as wide as a wombat itself! To make a burrow, the wombat digs up dirt with its front paws and then pushes the excavated dirt out of the way with its rear paws.

Wombats have multiple burrows and can quickly create new short ones if they feel they are in danger. Sleep chambers are found at the back of burrows, and they provide other benefits such as being fireproof and connected via branches to other burrows. They are also used as protection from the prey, as the limited opening provides the wombat the opportunity to catch nosy predators by surprise.

Wombats most often leave their burrows after nightfall to search for food and return before the sun rises again. They also rest during this time or hide out from predators if necessary. 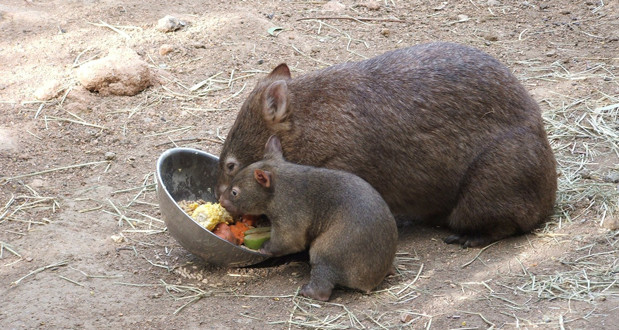 The primary source of nutrition for wombats comes from fibrous native grasses. They prefer different grasses depending on if they are in the forest or grasslands, most likely due to availability and ease of scavenging. Wombats can travel quite a long distance at night to find the food it desires. While eating grasses, wombats may also eat dry leaves or sticks that are close by and have also been known to chew on bark and mosses, which have the added benefit of providing water. Most of the water wombats need to live and thrive comes from the vegetation they eat. They can go years without drinking any water!

Predators and Concerns for Longevity 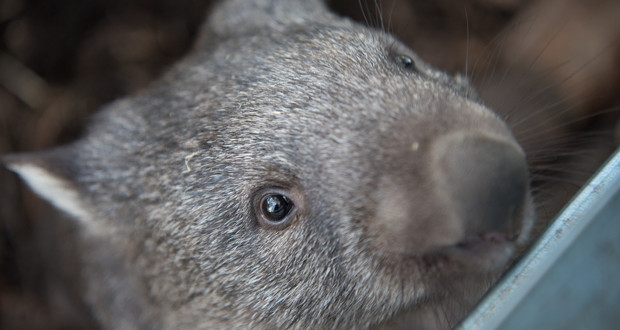 Wombats do not have many natural predators, which has allowed the common wombat to thrive in Australian forests and grasslands. However, wild dogs and foxes that have been introduced to their habitats are a danger to them.

Exotic and invasive plant species also threaten the wombat’s habitat. These plants move into the habitats of the wombat, and reproduce, therefore creating less room for the native plants the wombat likes to feed on to survive. This shortage of preferred food can minimize the growth of the wombat population.

Finally, wombats can be susceptible to different bacterias. In captivity and controlled environments, these bacterial infections can be challenging to eradicate. In the wild, wombats roll in the earth, allowing the soil to heal the affected area naturally over time.