One of the Baleen Whales is the Gray Whale. It is quite large and has distinct features that make it easier to tell apart from other species.

The Gray Whale migrates between the areas where it breeds and where it feeds throughout the year. They are quite large with a full grown size of about 50 feet in length. They can weigh up to 80,000 pounds. Females tend to be a bit larger than the males. They range in color from a light to dark shade of gray. They have patches on the body that are the result of whale lice and barnacles.

They don’t feature a dorsal fin, but they do have bumps that are referred to as the dorsal hump. This is on the last 2/3 of the back. They have from two to seven grooves that are very deep on the throat. This is what enables the mouth to get wider as they are feeding. The baleen filters the food and it is a white color. They have two blowholes.

The Gray Whale is commonly seen due to the fact that they stay close to the coast. They live mainly in the North Pacific Ocean. The Eastern stock are located around the West coast of North America. The Korean stock are located around the coast of Eastern Asia. They migrate to find food and for mating. They migrate all the way from Alaska down to Mexico.

Migration starts in October and they may move up to 75 miles per day. They may migrate up to 14,000 miles, further than any other species of whales. They move into the areas around San Diego, California. This is a prime attraction for many people to come observe. Due to the vast distance that these whales migrate, they are often seen in very large numbers.

The Gray Whale is the least social of all whale species. The only time they really spend time together is the bond between the mother and her young calf. The other time is when they are all in the same area for migrating and for feeding. They do tolerate each other but they don’t really socialize like other whales do. 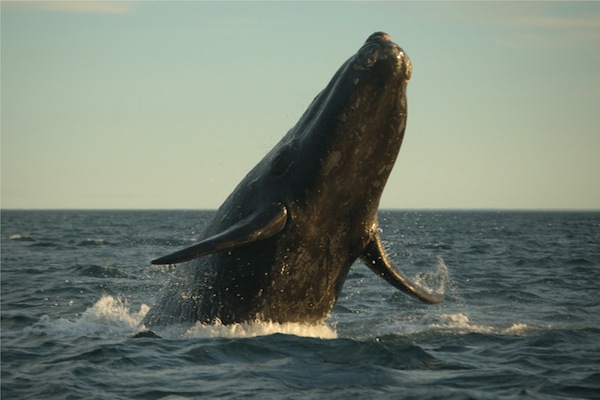 They are bottom feeders, and they suck in the sediment from the bottom of the sea floor. They roll side to side and slowly swim along. As they do so, the filtering system takes in lots of water as well as food. The baleen plates them push the water back out. This process of the baleen plates at work on the floor of the sea leave trails of mud and those are referred to as feeding pits.

They tend to feed close to the shoreline in shallow areas. They consume small invertebrates including shrimp and crab. They will also consume eggs of herring and larvae from eel grass beds in the spring and summer. They consume as much food as they can so that during the migration they can fast. By the time they eat again, they may have lost up to 1/3 of their body weight.

For the Gray Whales, mating can occur from the ages of 6 to 12. While mating can occur any time of the year, it tends to occur in the fall and winter during the migration. There is very little known about the overall mating strategies and rituals of this whale species.

It takes 12 to 13 months after mating for the young calf to be born. They can be from 14 to 16 feet long and weigh up to 2,000 pounds at birth. The young are born in the shallow bays and lagoons in January and February. The females will typically give birth every 2 or 3 years.

The milk from the mother contains 53% fat which allows the young offspring to grow at a very fast rate. The young calf will consume from 50 to 80 gallons of this milk every day for the first year of life. The average lifespan isn’t known for the Gray Whale, but some estimates of the deceased are between 75 and 80 years old. To determine the age, the layers of wax in the auditory canal are counted.

Hunting by humans have depleted the population of the Gray Whale. They have been heavily hunted for meat, oil, and their baleen. Early whaling efforts is believed to have completely wiped out their presence in the Atlantic Ocean. For the most part, such hunting is now banned. The exception is some permits for a small amount of them to be hunted annually as a food source. The risk of collisions that result in injuries or death with these whales and boats has been a huge problem, especially during migration. Pollution is also a factor, and part of the conservation efforts focus on keeping the oceans clean.