The Goliath Frog is very large for a frog species and that is where the name comes from. It can be up to 13 inches long and when you consider the average for a species of frog is 4 to 6 inches you can see how this one measures up. They can weigh up to 7 pounds, their overall size often depends on location and the foods that they consume.

While the Goliath Frog has very good hearing they don’t have any type of vocalization. They are a dark green, olive color that allows them to blend into their surroundings with ease. They are able to swim very fast and to leap long distances. They have a long tongue that they can shoot outward to get their prey. The body is scaly and can have a variety of designs and prints on it. This allows them to blend in well to the surroundings. They can sneak up on their prey and also avoid predators.

The Goliath Frog is only found in a few remote locations in the wild. They include Cameroon and Equatorial Guinea. They are one of the top exotic pets though that are exported around the world. They are unique enough that people want to have them as pets. They will pay a premium price to own such a prestigious creature.

They are found in rivers with water that moves very quickly. These bodies of water usually have a sandy bottom. They live in areas that are very humid and where the temperatures are typically very warm all year long. They seem to move around in their habitat so that they will be able find safety and to get enough food.

The Goliath Frog doesn’t do very well in captivity, even in controlled settings such as zoos. They often die when they are kept as pets because it can be extremely hard to replicate what they get in the wild. 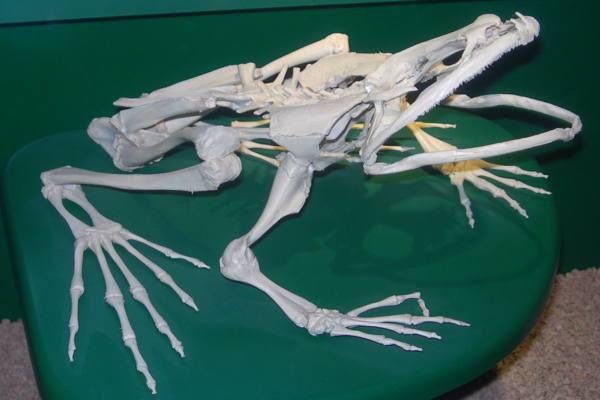 For the Goliath Frog all mating takes place in the water. The males will spawn in the rocky areas of the water. They will hold the mouth open to make a long whistling noise. There is still a great deal of information that we don’t have though about their mating. We don’t know what draws the females to a particular female.

It is believed that the females will deposit hundreds of very small eggs in the water a few months after mating. Those eggs can become food for various predators in the water. Only a small number of these young will be able to survive to become mature themselves. They are known to live up to 15 years in the wild. In captivity they can live an additional 5 years.

Due to habitat destruction the number of Goliath Frogs left in the wild continue to diminish. At this point in time they are considered to be endangered. There are programs in place to help learn more about them so that their habitat can be saved. There is hope that the number of them will increase but it is going to take time, money, and plenty of people willing to commit their time the cause. 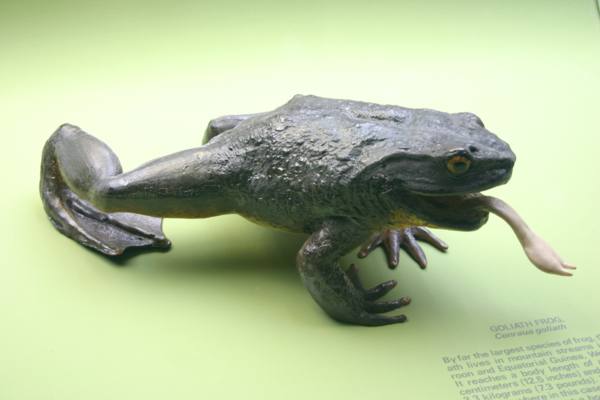