The Golden Poison Frog is a type of amphibian that is golden in color. They have a body that is very slimy to the touch. They have a terrible reputation due to the fact that they create poisonous toxins. They don’t bite though so you don’t have to worry unless you actually touch this frog. That poison is only for self defense though, it doesn’t aid them with killing prey.

They weigh less than an ounce and they have very strong legs. They are able to move very quickly both on land and in the water. They have powerful hind legs and large eyes that are black in color. They also feature black dots around the front of the face. The glands for creating the toxins are in their skin so anywhere a person touches can be fatal to them.

The feet of the Golden Poison Frog feature tiny suction cups. This allows them to climb on plants and other locations with ease. They have good vision and they are active during the day. They aren’t always golden in color though – they can be gray or orange as well. As a general rule of thumb, any bright colored frog should be avoided as they can be dangerous or deadly.

The Golden Poison Frog is social and they live in small groups of about 6 members. They are toxic and touching them can kill other living creatures including humans. The alkaloid poison in it can be very potent. As a result the nerves of a person or animal aren’t able to act like they should. It can also create problems for the heart. As a result many people are very fearful of coming into contact with this type of frog.

This is a very intelligent and curious type of frog. They are bold in their behaviors and seem to know that they aren’t at risk of problems with predators. They survey their surroundings and they may become aggressive to others in their group in order to have dominance. 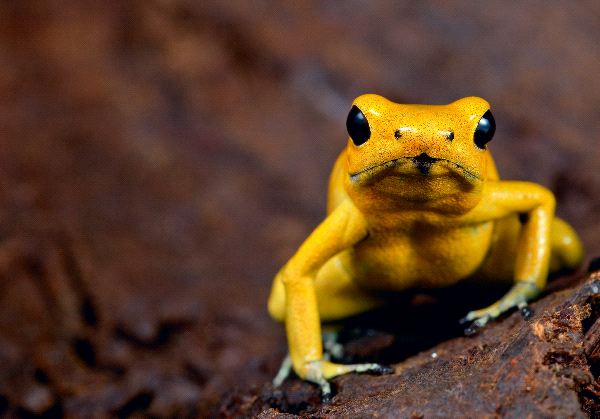 In captivity the diet of the Golden Poison Frog prevents them from being able to create the toxins. This means that a chemical reaction between what they eat in the wild is what creates that toxin for them. Insects and small invertebrates such as termites and beetles are common.

Mating can take place about 1 year of age for the Golden Poison Frog. As they come out of the eggs, the male will let them crawl on his back and take them into the water to a safe location. The female will remain with the other eggs that haven’t completed that process yet. The tadpoles will have to care for their own needs as soon as the male places them into the water.

They will remain tadpoles for several weeks before they become actual frogs. They can live up to 5 years in the wild. In some locations they are captured so that the tribe members can use the venom to make poisonous arrow tips. They will capture the young Golden Poison Frog for this purpose. 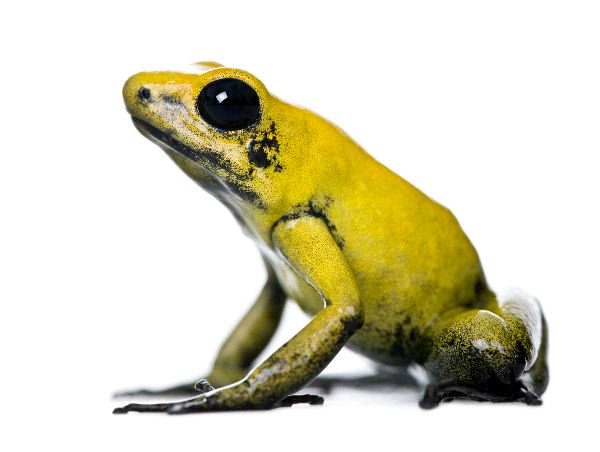