The Gecko is a very small species of Lizard. Thanks to the infamous one on the make Geiko car insurance commercials where he is a spokesman. There are more than 1,500 different subspecies that belong to this category of Lizard.

The look of the Gecko will vary due to the fact that there are so many different species. Most of them have a vibrant green color to them and a cream belly. They have a tail that is long and thin. They also feature very large, wide eyes. They have very short wide limbs.

The body can have areas of different colors on it. Those colors can include hues of blue, orange, pink, yellow, and green. Many species of the Gecko offers a type of ability that allows them to change their colors based on habit and the temperature around them.

The Gecko is found in warm regions around the world. They are very high in population. They seem to do the best in areas where the daily temperature is from 78 to 88 degrees. They can’t survive at night if the temperature dips below 70 degrees.

Geckos are unique among lizards in their vocalizations. They make a variety of chirping sounds that they use to for communication. Some of the sounds are to call for a mate, to protect territory, or to tell about impending dangers.

They are one of the most amazing species of Lizards when it comes to speed and climbing. The Gecko is able to move upwards, backwards, and even run down a tree upside down. They have pads on their feet that are covered with very thin hairs that are hard for the human eyes to see. This is what allows them to maintain such a consistent grip.

Most of the Gecko species are nocturnal which means they are active at night. They have the ability to see well at night which gives helps them to find their prey. They are able to allow part of the tail to break off if they feel threatened. This will allow them to escape from predators. A new tail will grow and this can be done many times in the lifespan of this Lizard. 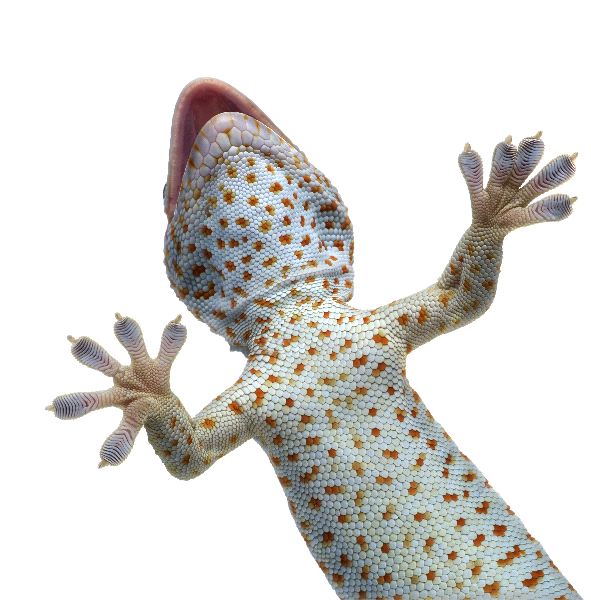 It is common for the Gecko to live in many regions where humans do as well. Most people tend to make accommodations for them and not really care that they are around. This is because the Lizard feeds on a variety of problematic insects including mosquitoes. Most people agree that they would rather have the Gecko around.

Other food items for the Gecko include crickets, roaches, and worms. When they are able to find fresh fruit and honey though they will bypass other forms of food to dine on them. In many locations where these Lizards live such food items are seasonal.

The time of year when mating will occur for the Gecko depends on the specific species. It also depends on the availability of food. When food is low they are less likely to spend their energy looking for food. The females give off strong scent from their glands when they are ready to mate. The males will go look for them and once mating occurs they are no longer interested in each other.

The role of the male is to move on and look for as many females that he may be able to mate with as possible. Of course he will have to prove himself worthy by fighting with many other males along the way. Some species are parthenogenic (form of asexual reproduction) which means the female is capable of reproducing without copulating with a male. The females will look for places to deposit the eggs so that the young have a chance to emerge in a couple of months. There is no parental guidance for these young Geckos. 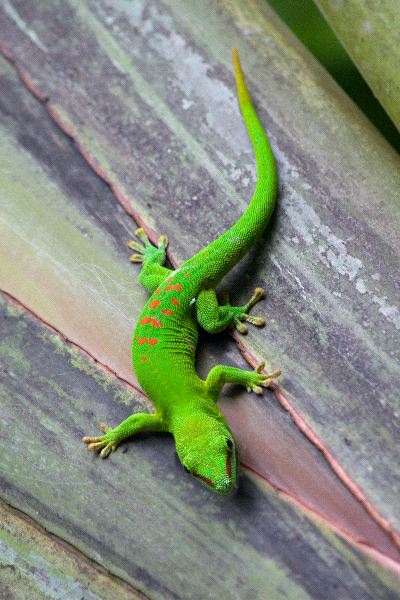