The Frill-Necked Lizard is also called the Frilled Lizard. Sometimes it is called the Frilled Dragon due to the physical appearance of it. This is one of the most common types of Lizards that people choose to keep as pets. Before doing so though it is very important to learn all you can about them and their needs.

There is a very large frill around the neck of this species of Lizard and that is where their name comes from. This fold stays in place around the neck and it is believed that it is there to help keep various predators from thinking that this Lizard will be an easy type of prey.

When the Lizard feels threatened the frill will open up and expand under the mouth and show bright colors. This may give predators the feeling that they would be attacked so they keep their distance. They use their two rear legs as a means of helping them to move around in the trees.

Australia and New Guinea are the main places where you will find the Frill-Necked Lizard living. They tend to do very well in humid climates where they are able to cool off when they need to and be in the sunlight when they need to warm up. It can be very hard to find them as they tend to blend in very well with the trees.

The majority of the live of the Frill-Necked Lizard is spent in the trees. There they are able to blend in and to stay away from various predators on the ground. They are also able to find the shelter and food that they need in the trees so there is little reason for them to venture down to the ground. 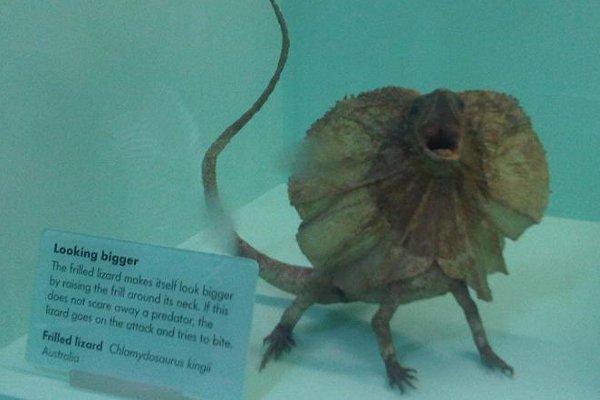 The Frill-Necked Lizard is a type of ambush predator. They will stay in the trees and hide but carefully watch and listen to what goes on around them. Then they will pounce with the element of surprise on their side to help them get their prey quickly and without a fight.

September through October is the time of year when food seems to be the most abundant and that is also when mating will occur. The males can be very aggressive and will bite each other to gain access to a female that is mature for mating. The females give off stronger scent and that brings the males her direction.

After mating with a male she will have nothing to do with him. He will immediately leave to go find another female to mate with before the season ends. She will have eggs developing in her body, from 8 to 23 of them. She has to find a place where she can deposit them. It has to be a place that is safe and that is warm or the eggs won’t survive long enough for the young to emerge from them.

The eggs will hatch after 2 or 3 months, the warmer it is the faster they will emerge. When the temperatures are very high only females will be born. When they are mild then a mix of male and female will be born. There is no parental care at all of the young – the eggs are left once they are placed into the nest. 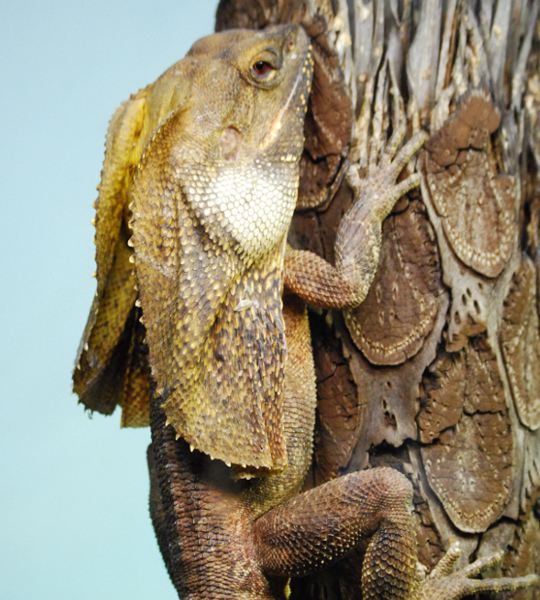