The look of the Flatback Sea Turtle is very interesting. It also prevents this particular species from easily getting mixed up with some of the other species out there. These turtles are often featured in books and other forms of media so people do know what they look like.

The name for the Flatback Sea Turtle is the result of the appearance of the shell which is flat. They are about 35 inches long and they feature four pairs of costal scales which is less than other species. They are olive gray in color and they have scales that are the front of the body by the head.

The Continental Shelf of Australia is the home habitat for the Flatback Sea Turtle. They are mainly found there along the Northern Coast. They are also identified as living along the Coast around Papua New Guinea. They tend to live in grassy water areas, coral reefs, lagoons, bays, and other shallow areas along the coast. Sometimes, they will feed in areas of Indonesia.

Very little information is known about the behavior of the Flatback Sea Turtle or their numbers. There are efforts in place though to try to find out more about them, their habits, mating rituals, and to be able to get a more accurate count on their numbers. 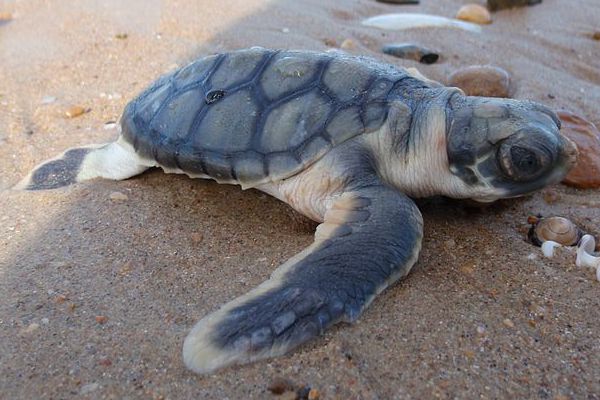 There are plenty of food sources that the Flatback Sea Turtle will consume. They include mollusks, shrimp, small fish, and jellyfish. They will also consume sea grass, coral, and various types of soft bodies living organisms in their natural environment. The fact that they eat so much sea grass is very important. That helps to promote a healthier ecosystem for many other living organisms in the water.

Males and females normally won’t mate until they are about 30 years of age. There is little known about their mating rituals. The only known nesting grounds of the Flatback Sea Turtle are around Australia – from Exmouth to Repos Conservation Park. Crab Island is the main location for breeding of this species of sea turtle to take place.

Once mating has occurred, the female will make her way to the beach when it is time to deposit those eggs. She will dig in the sand and place them there. Once she has covered them up, she goes back to the water. It can take around 55 days for the young to come from those eggs.

The young will dig their way out from the sand in a couple of days. Then they make the journey to the water. Many of them will be consumed by predators as they get from land and never reach the water. The older they get, the higher their chance of survival becomes. 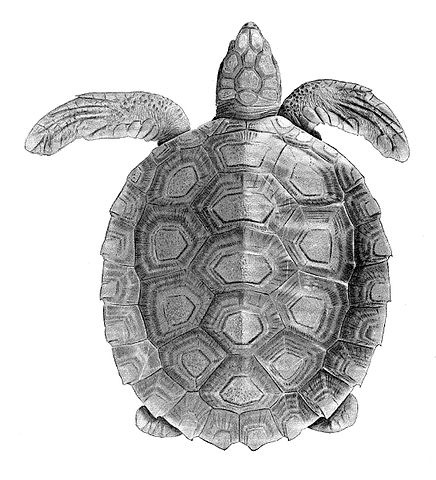 At this time they are considered to be vulnerable to extinct. However, it isn’t on the Red List due to the data they have regarding numbers being very hard to verify as accurate. The biggest threat to them seems to be industrial development and that is something that conservation efforts are focusing on. The other issue is to secure the beach locations where the eggs are going to be deposited to ensure more of the young have a chance to survive.