There are several species of felines that remain on the Earth today. While they are all similar in basic ways, there are enough differences for them to each have their own category as well as name.

Unusually for cats of their type, the Asian golden cat can display a wide variety of markings and pelage.

The caracal is a highly solitary creature that maintains a large and well-defended territory.

The thing that people know the best about cheetahs, is that they can run faster than any other land mammal.

Clouded leopards are to be found throughout the vast majority of the Himalayan foothills. 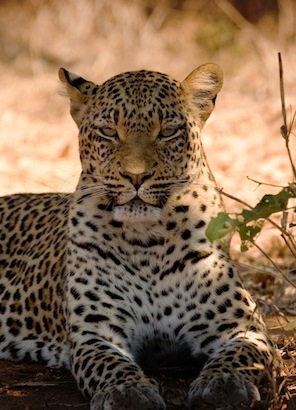 The cougar has a wider distribution than any other animal in the Americas, and can be found everywhere from the north of Yukon to the southern Andes.

Jaguars have also frequently been observed engaging in play behaviour, though usually only among juvenile sibling groups.

Their distinctive ‘rosette’ style spots are a major fashion statement; the lore that surrounds them is widespread and popular.

Lionesses are, by nature, more aggressive than male lions. As such, they hunt in groups to feed the entire pride – leaving the males to stay at care the young.

What is known as a ‘lynx’ is actually any one of four distinct species: the Eurasian lynx, Canada Lynx, Iberian lynx and Bobcat.

Ocelots are distributed extensively throughout South America and in some cases Central America, too.

Servals, like most cats, are solitary, nocturnal animals. They keep and defend large territories, and they’ll sometimes walk for miles while on their nightly hunts.

Their tails are extremely long in relation to their bodies, which are usually rather short when compared to the builds of other big cats.