Feline Birth and care of young

Cats, of course, are mammals – and one of the major defining features of a mammal is that it bears live young who then suckle from its teats. Despite the enormous diversity in the habits of cats, their kittens often all have some things in common – as do the processes by which they are born and raised. This article hopes to discuss some of those similarities.

Almost all mammals have courting rituals. Some species of cat – most notably the domestic housecat – will spend a period of time running away from an amorous male before finally agreeing to let him mate with her, while others will make the first move themselves. Some of the more social species of feline will sit back and wait for several males to fight out amongst themselves who will mate with her first. Generally speaking, however, the female indicates that she is willing to mate through body language, pheromones and vocalisations and the male responds to these signals by mounting and copulating with her.

Feline intercourse is often very painful for the female. The penises of nearly all species of male cats are barbed, for two reasons – firstly because it’s thought that the raking barbs stimulate ovulation, and secondly because they seem to ‘clear out’ the semen of any male cats who have mated with her recently. This gives the latecomers a greater chance of conception than those who mated earlier, quite the reverse of most mammals.

It is possible for a female cat to be inseminated by more than one of her partners, meaning that a single litter can have multiple fathers. 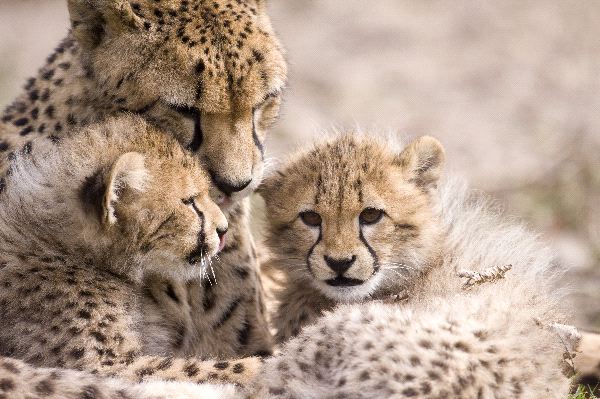 As with all mammals, the gestation periods of cats varies according to their size. The very smallest cats – the black-footed cat and the red-spotted cat, have a gestation period of approximately sixty days, while the tiger (the largest species in the Felidae family) has a pregnancy of nearly a hundred and twelve days.

Regardless of how long gestation takes, most cats spend this time in much the same way: hunting as much as they can to keep their body fat up in preparation for labour and childrearing, and seeking out an ideal secluded location in which to give birth.

All cats labour alone. Even lions – famously the most social of all cats – leave their pride for a time when it is time for them to give birth; they hide in a secluded location away from their fellows, and don’t return cubs in tow for approximately six weeks.

While painful, labour is less dangerous for cats than it is for some mammals – very few cats die in childbirth, though it is common for at least one of the kittens to do so.

Newborn cats are uniformly helpless. They are born with their eyes closed, their limbs too weak to come anywhere close to supporting them, and their bodies covered only by the smoothness of their fluff. For the first couple of weeks, all they can do is mewl plaintively and suckle at their mother’s breast. Their mothers stay with them as much as possible, leaving them only to hunt – and hunting less often than she does when without young, or later when the kittens themselves require meat to consume. 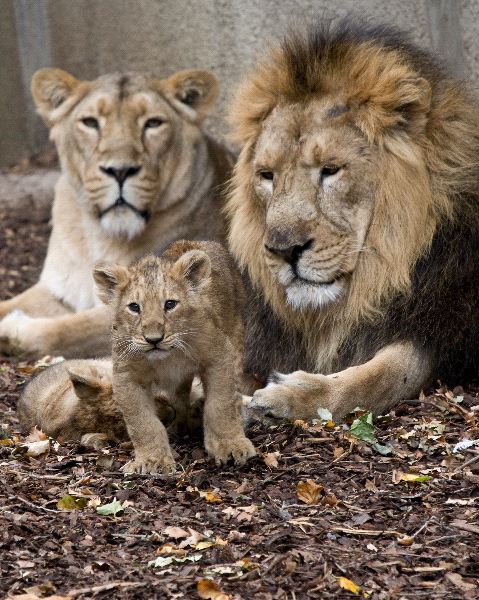 After a time, though – and the smaller the cat, the swifter the growth – their eyes will open, and they will begin to attempt to walk. They start by exploring the den and their siblings, by exhibiting the very early signs of play behaviour and gradually creeping closer and closer to the outside world. Some species, particularly those whose kittens are heavily predated upon, will move dens quite frequently during this time; mothers carry kittens one by one to the new hiding place, hoping to prevent a build up of scent that might lead predators to them while the mother is away hunting and cannot defend her babies.

Once they can walk reliably, are fully weaned, and have developed distance vision, they begin to make trips outside the den with their mothers and siblings. This is the point at which lion cubs are introduced to the mother’s pride, though other species of course are as solitary in this as they are in nearly everything else. The mother teaches her kittens how to stalk, leap, swim, hunt, feed and track; make sure they learn everything they’re going to need to know in the wild.

The only species that involves the fathers in childrearing is the lion. Lionesses do all of the hunting for the pride, and the male lions will watch over – and often play with – the cubs and youths while their mothers are gone.

Almost all cats have left their mothers after a year or two. Male cheetahs stay in sibling groups all their lives and lions either remain in or take over other prides, but by and large once they exit their mother’s territory they do so alone and live in this way for the rest of their lives.

Generally speaking, cats will set up a territory of their own just before they reach sexual maturity – meaning that they have some time to eke out their own space before they are expected to mate and raise young of their own.