Cats are famously adaptable creatures. There are cats in every part of the world, and it seems that there is a species of feline adapted to pretty much every habitat imaginable. Every country in the world has an indigenous feline population of some description, and as such it’s hard to answer the question “but where do cats come from” – because the answer is “everywhere”. It’s suspected that their major common ancestors were probably tropical creatures, but modern felines are capable of life in any number of terrains.

Primarily, cats require two main things: shelter of some kind, and live prey that they can hunt. They don’t do well in completely open areas with nowhere for them to hide, and they cannot survive without a steady supply of meat – they’re obligate carnivores, and derive little or no nutrition from anything other than flesh.

Other than that, there is almost no consistency that applies across the board – cats can and do live everywhere, from the hottest savannahs to mountain ranges. Some species have evolved to be able to survive in urban environments despite not being domesticated themselves – with the bobcat being the primary example. Cats are able to fit in wherever they go, and this versatility and adaptability has served them well through millennia of climate change and tectonic shift. 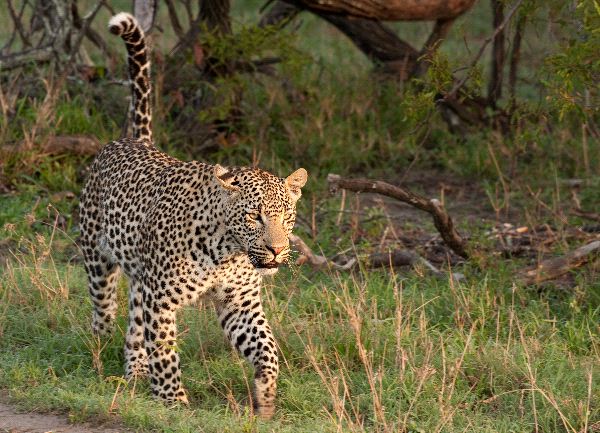 Just so long as there are a smattering of rocks or a small collection of trees to provide shelter during the daytime, many species of cat can live in habitats that are otherwise very open. This life is best suited to those cats whose hunting strategy relies on their strength are raw power – a good example being the lions, who will surround their prey before leaping in and tearing open their throats. Hot-climate cats in dry places often do not need to drink much water, taking most of the hydration they require directly from the animals on which they feed.

Many more species of cat make their home in places with plenty of low level cover – the scrub, bush, undergrowth and grassland that covers much of continental Africa. These cats are generally multi-talented, hunting in whichever way allows them to make the best kill as quickly as possible – be that strength, speed, stealth or some other method. Cheetahs and leopards live primarily in this way.

The clouded leopards, cougars, the swampcat and most wildcats – amongst others – make their homes in far gloomier and more secluded places. These cats thrive on being able to live in the shadows, and tend to hunt mostly using the element of surprise – they stalk their prey for some time before attacking, and will sometimes hunt mostly from the tops of trees or even (in some cases) the surface of swamps. Cats who live in this way tend to be distinctly more secretive than other felines, and very little is often known about them.

Cats who choose to live in the depths of ice and snow are rarer, but they certainly do exist – with the Canadian Lynx, some tigers and the Snow Leopard being primary examples. These felines have adapted to have thick, shaggy, fluffy coats and broad paws, letting them live in significantly decreased temperatures for long periods of time. They tend to be very highly specialized indeed; masters of living in their own home turf, but remarkably ill-suited to life away from the snow.

Of course, the type of cat most commonly encountered in the course of our daily lives is the domesticated cat. While they live mostly in human homes – perhaps obviously – there will always be those who do not; in some parts of the world, feral cat populations are large. These cats could not survive outside of an urban environment – they are primarily scavengers, and lack the skills necessary to support themselves away from people – but neither are they what you could call ‘tame’. 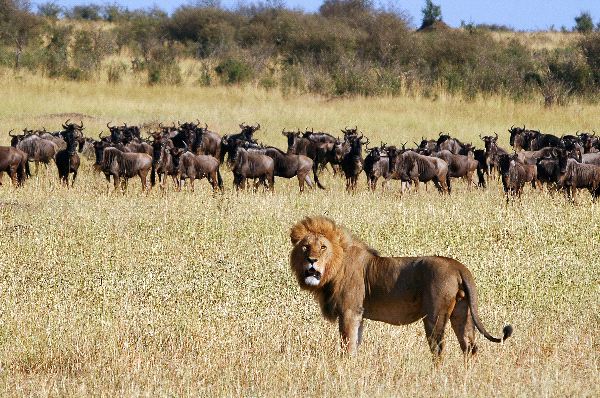 Lion and Wildebeest Herd In Kenya

Bobcats are one example of an entirely undomesticated feline species who have adapted to urban life. While bobcats never live in cities primarily, many do travel in to the outskirts of cities to track down rodents, scavenge for scraps, and make their way to other territories – although often dismissed as pests, the cats are in fact trying to find a way to live alongside humans without giving up the land on which they have survived for thousands of years.

Thankfully, the vast majority of modern zoos, safari parks and nature reserves are both willing and able to recreate for a cat something reasonably close to its natural habitat. This is of great benefit to their health and wellbeing; all species must follow their natures, after all.

The same is not entirely true of all non-domesticated cats kept in private homes. While most guardians go to great efforts to ensure that their pets are happy and healthy, there will always be exceptions to that rule; sadly, these cats do not thrive and often become very ill from the sudden alterations in their diet, habits and surroundings.