One of the things that makes big cats and wild cats so compelling is their distinct similarity to our own domesticated companions. Lions swat at friendly members of their pride with the same playful paw swipe aimed at us by our own affectionate pets; swift and sure-footed cheetahs purr with the same loving trill as the cat who curls up on your lap to say hello at the end of a long day; the inquisitive several looks up at you from its hiding place in the undergrowth with the same well-defined, evenly-proportioned, cute little face as any troublesome kitten hiding out in the laundry basket. We love our own cats, and so the cats of nature seem to us to be close enough to them that we automatically love them too.

There are plenty of behavioural similarities between felines, and this is one of the defining features that makes absolutely certain we know what’s a cat and what’s a mammal of a different type. They have wildly different coat patterns, body types, habitats, diets, hunting methods and lifestyles – but they all seem to be on a spectrum of feline behavior that is intimately familiar to us in everything from the smallest house kitten to the largest prowling tiger.

But what are these similarities, and how can we spot them? Of course, they are many in number – but here are a few of the most well-documented and seemingly consistent. 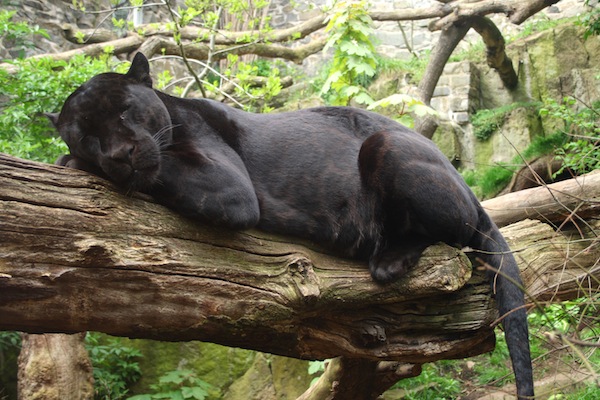 Cats Walk in the Night

Contrary to popular belief, not all cats are strictly nocturnal. None of them are quite diurnal either, however – the vast majority of felines, including our own domesticated housecats, are what is called ‘crepuscular’. This means that they are at their most active during the hours of dawn and dusk, tending to spend the height of the day asleep and the depths of night resting, socialising, or finishing off the day’s food quietly in some small hiding place.

Almost all cats prefer to hunt under cover of darkness, and this is something that no amount of breeding and domestication has been able to change. When was the last time your own cat brought something into the house at one o’ clock in the afternoon? If cats are going to pursue prey, they do so – mostly – at night. Of course, there are expections to this; many lionesses have adapted to daylight hunting, mostly because much of their preferred prey – medium-sized land-based ungulates – is itself diurnal. But these daytime predators are the exception, rather than the rule.

Some animals, it seems, have little to no mothering instinct. There are even mammals who, having completed a live birth, show very little interest in their new young past allowing them to suckle – some sheeps, for example, are by and large terrible mothers who have no particular care for what is or isn’t done to their lambs.

Cats are not like this. Mother cats uniformly defend their kittens fiercely, and will fight to near-death any predator who attempts to harm them. Everything from the smallest housecat to the largest tiger, will hiss, spit and swipe in the face of anything percieved as a threat to her kittens – and lionesses have been known to sucessfully slay a usurping male lion whose goal is to eliminate her young so that he can mate with her himself.

it’s not just your own purring companion who enjoys spending some time with you and a few cat toys, although this behavior is – for obvious reasons! – exhibited quite differently in the wild. 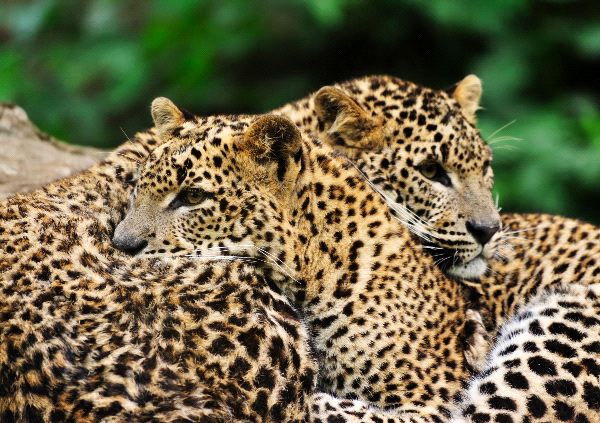 All litters of kittens practice play behavior with each other as they grow. Just as for humans, this is a vital part of the learning process – by chasing and wrestling one another they learn how to stalk, hunt and kill, by pursuing their own tails and frolicking in the grass they learn the capabilities of their own bodies, and by climbing around playfully on their parent’s and sibling’s backs they learn about social interaction with other cats and how to handle it. Almost every behavior that an adult cat needs to survive in the wild is exhibited in a slightly parodied version by kittens at play.

This tendency does not die out when a cat reaches full maturity, though it does change. Adult cats very often toy with their prey – those who tend toward hunting smaller animals will toss them about, trick them into running and then capture them again, and generally play any number of simultaneously endearing and sadistic games with their intended meal. Many cats also enjoy splashing and playing in the water all through their lives – despite the domestic cat’s reputation for hating water this is not a trait that all species share. Leopards and tigers particularly exhibit play behavior in streams, lakes, rivers and ponds right through their lives, from kittenhood to senility.