Feeding Habits of The Blue Whale 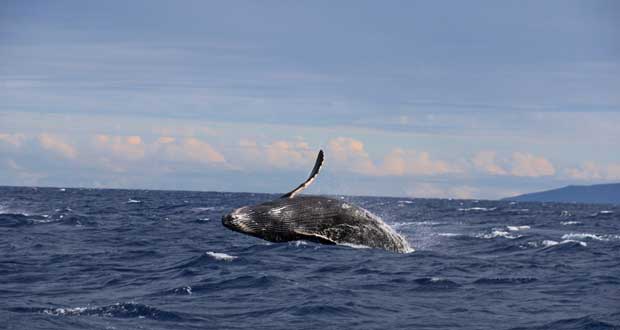 The blue whale is the largest animal to have ever lived on Earth. They were even bigger than dinosaurs, growing up to about 100 feet in length and weighing up to about 160 tons. These mammals live in every ocean in the world and are excellent predators. It has been theorized that they have exceptional hearing, particularly at low frequencies, which aid them against the dark ocean environment where their vision may be obscured.

How Do Whales Eat?

Instead of having teeth, the blue whale filters its food through baleen plates. These are fringed, comb-like plates that are made of keratin, which is a substance found in human hair and nails. These plates form in rows on the upper jaw. The blue whale also has a highly expandable and pleated throat, which enables it to consume large amounts of water at a time. The baleen feeding system’s process works when a whale takes water into its mouth and subsequently pushes it back out with its large tongue. The bristles work as a strainer to trap krill and other sources of food so that the whale can eat.

How Much Can Whales Consume?

It has been estimated that it takes about 2,200 pounds of food to fill a blue whale’s stomach. Its main sources of food include copepods and krill. During its period of peak consumption, the whale can eat up to 8,000 pounds of krill. These are very small crustaceans that resemble shrimp. The whale lunges through large swarms of krill with its mouth wide open, trapping millions of krill all at once. During a lunge, the whale turns on its side and opens its mouth simultaneously. They open their mouths 80 to 90 degrees during lunges. The tongue also becomes inverted and serves as a sac-like structure in order to engulf large volumes of krill. The volume of water and prey that is engulfed when the whale is hunting each time is actually greater than its own body weight. During lunge-feeding, the whales often make 180 degree rolls, consuming patches of krill while inverted.

What is a Whale’s Feeding Cycle?

Feeding habits of the blue whale vary depending on season. Scientists estimate that during feeding season, blue whales eat about four percent of their total body mass every day. During this particular season, the blue whale generally eats more than the daily intake requirement, which is then stored as fat. On the other hand, they eat less or sometimes nothing at all during traveling and breeding season. During this time, the fat that has been stored in its blubber during the feeding season is usually sustainable enough for the whale to survive the winter periods. On average, the blue whale’s blubber makes up about 27 percent of its total body weight. Its feeding cycle also consists of lengthy migrations. During the summer seasons, the blue whale feeds in the polar waters where krill are more prevalent and eventually swim back closer to the equator during the winter months.

Do Whales Hunt For Food?

A great deal of information is still unknown about the behavior of blue whales and their approach to target certain swarms of krill. However, it has been concluded that there is a great deal of importance for each lunge to be sustainable due to the amount of energy that is exerted each time. Researchers at Oregon State University’s Marine Mammal Institute found that blue whales lunge at nearly 10.8 kilometers per hour when examining lunging behavior. It takes a considerable amount of power to speed back up again for another lunge, so a certain degree of preparation and analysis of krill swarms must take place for the whale to survive. Blue whales will only commit the effort to lunge for food when these swarms are large enough and usually bypass swarms that are too small.

When diving for food, blue whales typically spend about ten minutes diving underwater, however, they can spend up to half an hour fully submerged. Whales generally only feed at the surface at night because that is generally when krill migrate to the surface to feed. During the day, the whale dives deeper into the ocean for food with most hunting taking place about 300 feet or more underwater.

Blue whales have a highly distinguished anatomy and system for feeding. This filter-feeding system also leaves the species vulnerable to plastics in the ocean, which plays a major factor in its endangerment. Although they are less likely to consume large plastics, the smaller plastics pile up at an alarming rate. This is an issue that can lead to health complications or even death for the whale.