The European Otter is one what has a distinct look to it. While it does have the brownish color of coat, it also features white along the length of it. The white is also there under the face and down to the belly. You will notice that these white markings are different on each of them. This is one way to easily identify them in the wild or in captivity.

The European Otter tends to live in bodies of freshwater. As you can guess from the name they are primarily found in Europe. They are also found all along Asia and Africa. In the past it was also located in Switzerland and the Netherlands but they have been wiped out from those locations long ago.

They live in lakes, streams, and rivers but tend to find the water that is clean as they don’t do well with pollution. It is believed that they have a distribution that is wider than any other species.

They are said to be the most territorial of all the species of Otters in the world. Their area that they protect can be up to 25 miles wide. However, most of them observed have a territory of about 11 miles. Males and females are able to cross the paths of boundaries without incident. However, aggressive behavior will occur when the same sex tries to cross into it.

They spend their day in the den staying nice and cool. At night they come out with the desire to feed. They can spend several hours each night searching for food and consuming it. You may not see the Otters move from the land to the water though because they tend to make underground tunnels for this to take place. They are also known to change the location of their den on a regular basis. 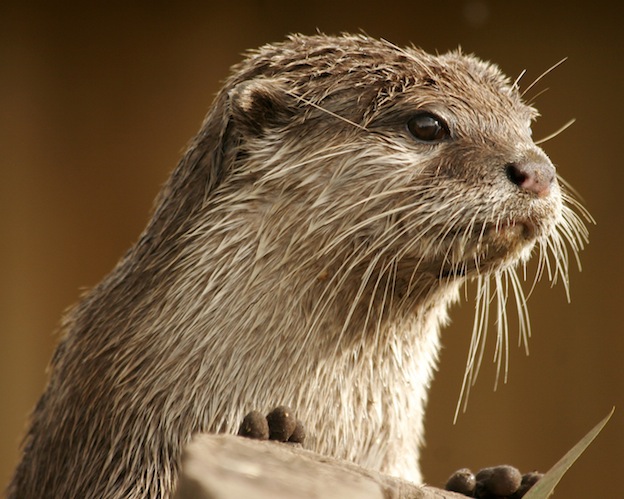 Fish make up the majority of the diet for the European Otter. They also consume a wide variety of other items including birds, frogs, crustaceans, and even small beavers that happen to be in the area. They take the opportunity to consume whatever they can find both on land and in the water though.

There isn’t a set mating season for this particular type of Otter. Therefore they are free to engage in it when they feel like it. Males are ready to mate first at about 2 years of age. For the females it is about 3 years of age.

Mating always occurs in the water so we don’t know very much about it. The offspring are born about 61 days after mating takes place. From one to four pups may be born which is different from most of the species that only have one at a time.

The pups will feed from the milk their mother provides for the first year of life. They won’t be taken into the water to swim until they are about 2 months of age. This is because their coat hasn’t developed properly yet to keep the water from getting into their skin.

Right now the European Otter is listed as Near Threatened. This is better than the rating it had in the 1950’s of Endangered. Thanks to conservation efforts to stop illegal hunting they have been able to increase in numbers. The reduction of the use of pesticides in Europe is also believed to have helped them because many died due to such toxins in the water.

Still, they continue to be illegally hunted in many areas for their pelts. Stricter laws have been put into place but it is often very hard to enforce them. Rewards for reports of illegal poaching though have encouraged people to come forward with information.