The Dungeness Crab is often considered to be the symbol for the Cancer sign. They are about 8 inches long. They are considered to be one of the best tasting sources of seafood too. Many people don’t like to come into contact with them as they fear that the pinchers of the Crab will harm them. They likely won’t pinch though unless they feel in danger and then they try to defend themselves.

They are a brown color that allows this Crab to easily blend into its surroundings. They feature a very hard shell that the molt several times over the span of their life so that they are able to continue growing. They have five pairs of legs and the ends of them feature claws that they use for feeding and for self protection.

They tend to live in the eelgrass beds and the bottom of the water. They are found living in North America, mainly along the west coast. They have high numbers in Dungeness Washington which is where their name comes from. There have been reports of some of them in the Atlantic Ocean as well. This has experts concerned because they aren’t sure how they got there. They worry about how the presence of this Crab will affect the rest of that ecosystem.

The Dungeness Crab often can blend into its surroundings so well that it is undetected. They often stick their heads into the sand when they feel there is some type of danger around them. They can also bury their entire body in the sand if they have enough time to do so. If they can’t bury themselves they will role over onto the back so that their claws are facing the threat and they can fight it.

The claws of the Dungeness Crab are very sharp and they use them to be able to grasp food and then to break it apart. They also have smaller appendages that allow them to move the food into their mouth. They consume clams, crustaceans, small species of fish, and just about anything that they can find that other predators have left behind. They spend a great deal of their time looking for food and eating what they come across. 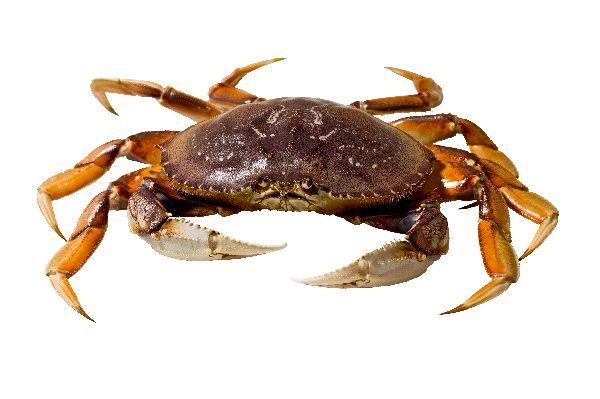 Mating occurs for the Dungeness Crab between May and August. The time frame will depend on the temperatures of the water. The warmer that they are the sooner in the year they will mate. The females will give off stronger scents during this time that attract the males to them. The male may embrace a female that it would like to mate with. This embrace can last for several days while the female makes up her mind to mate or not.

After they do mate the female will start to create eggs in her body. When they come out they will attach to her body for a period of time from 3 to 5 months. She won’t release them into the water until they are ready to emerge. They are able to care for themselves from the moment they are born.

Commercial hunting for this Crab has been a concern as their numbers continue to be reduced. People consider the taste of it to be amazing and there is big money to be made by harvesting them. The fact that equipment used for finding and capturing the Dungeness Crab has significantly improved over time means that the numbers continue to drop. They aren’t at risk of extinction yet but many experts warn that is changes aren’t made that could soon be the case.