Too often, dolphins are lumped into one category but that isn’t how they should be looked at. There are different species out there, 42 of them, and they all have significantly different factors that make them unique. The majority of them are marine dolphins which live in saltwater. 32 of the species fall into that category. Only 4 of them are river dolphins that can live in freshwater. The remaining 6 are porpoises.

Dolphins do have plenty in common though such as living in water and often in warmer locations around the shallow coastal areas. Some of them though do live in cooler waters and in deeper locations. The Greek word for fish with a womb is where the word dolphin comes from. The young are calves at birth and then they become juveniles until they are ready to mate. Mature females are cows and mature males are bulls.

All dolphins live in groups referred to as pods. However, some of these pods have only a pair of members. Others haven thousands of them, with several subgroups and a complex hierarchy to keep things orderly. When you take a look though at the physical characteristics and the DNA of dolphins, they can further be broken down in to more groups. In fact, it wasn’t until DNA testing that some of the larger groups of dolphins were identified correctly as being different species.

The newest one was identified in 2011 known as the Burrunan Dolphin. It is only found in Australia and Big City Harbor. In Port Phillip Bay there may be 100 of them and around Gippsland there may be about 50 of them. These two locations are approximately 100 miles from each other. 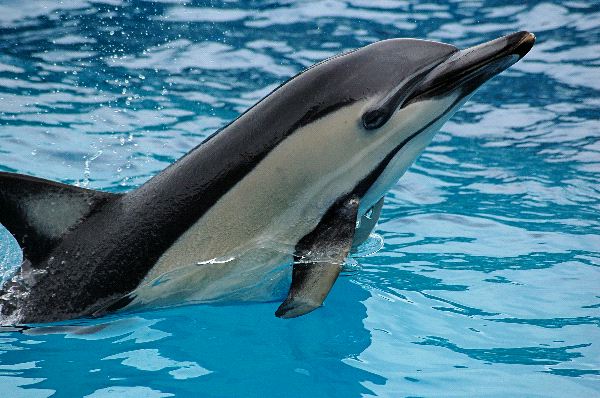 The skull is another feature that has been studied on the various dolphin species. There are some variations to their dorsal fins and to their snout that also sets them apart from each other. As you learn a few things about the common species of dolphins, you may decide it has fueled your desire to learn much more about each of them.

Keep in mind that when you are seeing dolphins in the wild, what you come into contact with depends on the time of year and on the temperate or the water. Migrational patterns and even food resources can also affect what you will see. The Bottlenose Dolphin is one that many people have seen and it is often portrayed in popular culture. They train easily, they are very smart, and they seem to do well with human interaction in the wild and in captivity.

River Dolphins are only found in freshwater around Asia and South America. They can be about 8 feet long  and they can be brown, black, or gray. One of the dolphins that you will rarely see is the Roughed – Toothed Dolphin because they live in deeper bodies of water. They can be about 8 ½ feet long and weigh as much as 350 pounds. They have a head that is smaller than other species and a beak that is long. They don’t have the crease on their head from the melon either.

The only dolphin species to have a square head is the Risso’s Dolphin. They also don’t have any teeth in the upper jaw, but many that are like pegs located in the lower jaw. They seem to do very well in captivity so they are often seen at various aquariums. The dolphin with blue and white stripes is referred to as the Striped Dolphin. It has a higher population than other dolphin species as well as one of the largest overall distributions. 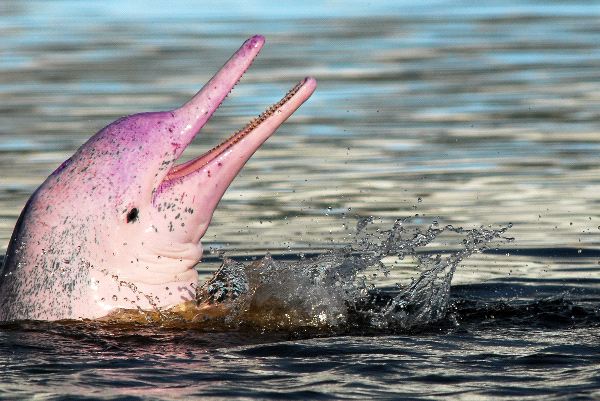 The Spinner Dolphin is well loved and regarded due to the many forms of acrobatics that they have been seen doing. This includes spins, leaps, and much more. They are definitely thrilling to see both in the wild and in captivity. The Common Dolphin has been highly regarded since the early Greeks and Romans. They are found in their history and in plenty of their art work. They continue to have a good following today.

The most powerful of the dolphin family is the Killer Whale. They are very large sized and have incredible strength. They can consume large volumes of food daily including seals. They can weigh as much as 5,000 pounds and be up to 25 feet long. They are thought to be the one of the most social as well.

All of the species of dolphins seem to have concerns right now due to global warming, commercial fishing, illegal hunting, noise pollution, and pollution of plastic and chemicals in their natural environment. There are some conservation efforts in place that are helping, but some of the different species have drastically low numbers that are hard to increase due to slow reproduction rates and more changes needed to be done to protect their environment.