There are many stories about the Dingo, a type of wild dog. Some of them include it being able to take human infants from tents in the dead of the night. It sounds crazy but there are experts that give it plenty of credibility. As a result of such stories though the Dingo has gotten a terrible reputation.

The Dingo ranges in size from 3 ½ to 4 feet tall with a tail that is over a foot long. They can weigh from 20 to 35 pounds with the males typically being larger than the males. They range in color including all shades of brown, gray, and even some reddish tones. They can have distinguishing marks too. They very often look just like a domestic dog. This is due to the fact that many of them breed with domestic dogs.

Today the Dingo lives in Australia but it was actually a native of Asia. It was introduced to Australia about 3,000 years ago – and there it has done very well. They have a very wide home range and they will live just about anywhere. As long as they can find food and shelter they will be able to thrive.

While most wild dogs live in packs, the Dingo doesn’t necessarily follow suit. There are those that will live in packs up to 10 in number. They have a very complex hierarchy with a dominant male and a dominant female. There are also those that live alone. In many instances they left the pack to be able to mate and to create their own pack. In other instances they may have been exiled from a pack they once belonged to. 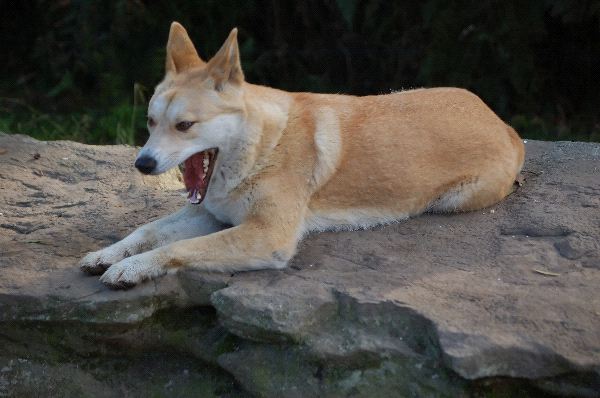 The advantage for the Dingo of being part of a pack has to do with them being able to hunt for food together. They can be very strategic in their methods of completely surrounding the prey. It is harder for a Dingo on its own to get prey but they can survive on some smaller creatures.

They consume a variety of different types of food. This can include rabbits, rodents, reptiles, birds, plants, fruits, and anything that they may be able to scavenge from humans. In many locations there are people camping or living in close proximity to them. They are intelligent animals so they will return to such locations where they know they will be able to fine enough food.

In a pack only the dominant male and female will mate. If other males wish to mate they have to leave the pack. The female will carry the young in her body for a couple of months. Her litter can be from 5 to 8 at a time. It can be a very aggressive time in the pack as the dominate female may choose to kill the young of other females in her pack.

The young are helpless when they are born and depend on their mother for her milk. As they get older she will introduce them to the rest of the pack. They will assist with caring for the young and protecting them. Many experts worry about the genetics of the Dingo. This is because it is estimated that approximately 1/3 of the current population or hybrids between the Dingo and domestic dogs. 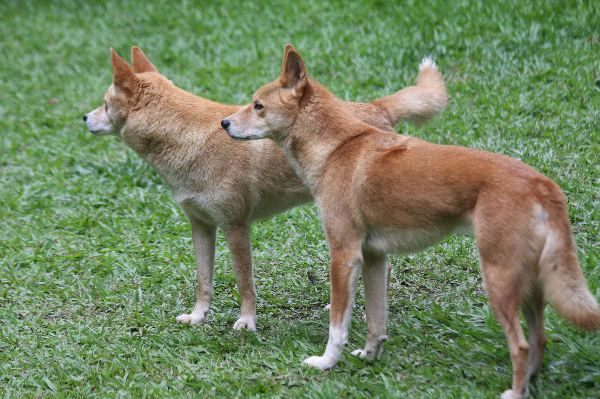