The Coyote is well known member of the canine family. It is often mistaken for a wild dog or a small wolf. There are 16 subspecies so they can significantly vary in size and colors.

Most of the time the coat for the Coyote will be either gray or brown. They can have different shades of the colors though. They can also have areas of the body that are black, yellow, and white. They have very long legs that are fast and powerful. They have a long muzzle with great sense of smell.

The habitat for the Coyote is very large. They are found throughout the United States and into Canada. There are also those that live in remote areas of Alaska. Some of them live in mountain regions while others thrive on the plains or in the very hot deserts. They often create burrows or they will use those that other animals have once used but now abandoned.

They are extremely territorial and they will fight to keep their area to themselves or for their pack. They have a very large home range and they will likely cover the same paths through it over and over again.

The Coyote has been able to thrive in many areas due to the expansion of humans. This is a very different scenario than many other living animals including canines that are closely related to this one. In some areas the Coyote has become such a pest due to high numbers that it is legal to hunt them all year long. It is believed that the decrease in Wolves in various locations has allows them to prosper.

They will shed annually as the warmer weather comes along. Then when it time for the cooler temperatures that fur will start to get thick again to offer them the protection that they need.

Most of the time the Coyote will hunting in pairs. However, they may be in small packs similar to various other types of canines. If they do have a pack there will be no more than 6 members. When they do live in groups there is a great deal of aggressive behavior as they all want to be the leader. This often results in members leaving the pack or being forced out.

They are mainly active at night but that doesn’t mean you won’t see one out during the day looking for food or shelter. They have excellent night vision. 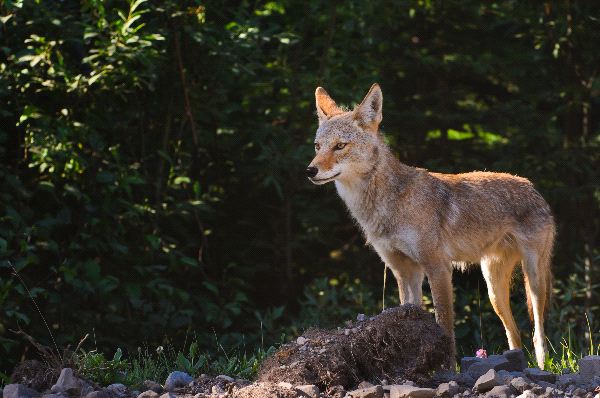 The diet of the Coyote is one of opportunity. They mainly consume various types of mammals. This can include rabbits, rodents, prairie dogs, reptiles, and livestock. When those types of food are hard to come by they may resort to eating large amounts of insects. They even eat fruits and vegetables during the fall and winter months.

Mating can occur for the Coyote when they are only about 1 year old. This is at least one year younger than most types of canines. January and February is the mating season. The females will have periods of time when they give off heavy scents that attract the males to them. The female though gets to make the decision who she will mate with. The couple will likely mate together for many years.

It can take from 50 to 65 days for the young to be born. The liter can be very small with just 1 pup or it can have up to 19 of them. They have a very high mortality rate though of up to 70% of them dying during the first year of life. The young will stay in the den for the first month before they come out to explore. In the wild the typical life span is 10 years. In captivity though the Coyote may live up to 18 years. 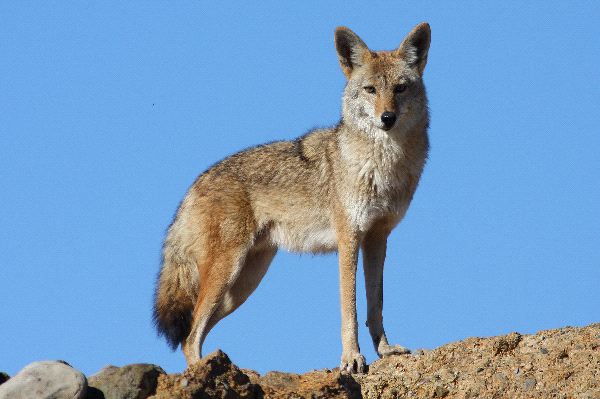