Some people assume that the coral reef is part of the ocean biome. Even though they are found in the ocean, they are separate entities. A coral reef biome is found in a shallow area of clear water within the ocean. The temperature in this biome is usually from 70 degrees to 85 degrees.

Coral reef biomes are very common. You will find them mainly in the tropical areas. This includes the Eastern coast of Africa, the Southern coast of India, the coasts of Australia, the Red Sea, off the coast of Florida in the United States, along the Caribbean, and along the coast of Brazil.

The largest coral reef biome in the world is found in the Northeast of Australia. It is called the Great Barrier Reef. It extends over 1,200 miles and it is a great attraction for many tourists that come to this area. Believe it or not, you can actually see this coral reef biome from space!

The most diverse coral reef is found around Indonesia. Those found in the Western bodies of water have about 85% more diversity than those found in the Caribbean. Experts believe that the latitude of the coral reef biomes as well as the movement direction of the water affects what is able to live there. People come from all over the world to go exploring some of the remarkable coral reefs out there.

Warm water temperatures are required for a coral reef biome to exist. That is why they are in the water that is shallow. In the deeper locations of water, the sun isn’t able to shine due to the depths of it. With the shallow water though the sun can get to the bottom of it and warm the area up.

The structure of the coral reef biome is very intriguing. You will find colonies of small animals living in those areas. However, when they die there is a hard structure that is made out of limestone. This can give a very interesting history of the environment that these animals have been living in.

There are three different types of coral reefs that have been identified. Fringing reefs are those found along the coastline. They are along the shallow waters of the continental shelf. Barrier reefs are further out into the lagoon. They actually create a barrier between the sea and the lagoon area.

The last one is the coral atolls which are rings of coral. They are actually the remains of volcanoes under the water. The volcano will continue to sink and as a result the coral reef will get taller.

If you are lucky enough to be around a coral reef during a spawning event, it is magical. There are a few days per year when all of the coral will be synchronized for a limited period of time. During spawning The surface of the water can be covered due to the event taking place. In many areas such as Australia it is customary for people to dive into the spawn areas for fun. They say it feels like it is snowing but upside down! 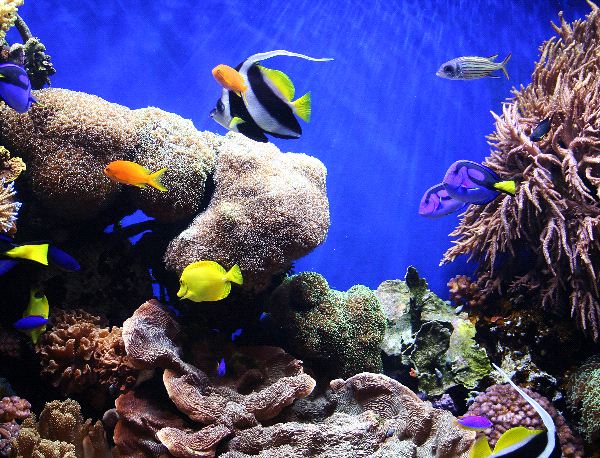 There is no denying a very complex type of habitat exists in the coral reef biome. However, it also offers a structure that provides a great hiding place for many creatures. This includes sponges, an array of species of fish, jellyfish, and crustaceans. They include snails, turtles, and mollusks.

You will find many species of birds living in the coral reef biome. This is because they can easily access different types of living creatures for food. The will dive into the water, get the food, and come back out. Other food sources will simply float to the top so they can rest on the water and consume them.

One of the living elements of a coral reef biome that is essential are the polyps. They are carnivores but very small. You have to look very closely to realize each has a very small mouth and tentacles. The fact that they are usually found in clear blue water is important. If the water suffers from too much pollution it can prevent the polyps from being able to survive. Without them, the coral reef won’t be able to thrive.

The diversity of the plant life that is found in the coral reef biome is more diverse than the animal life found there. They are also considered to be one of the most productive of all biomes. However, they rarely get the recognition they deserve because so much of what goes on is behind the scenes. As you take a closer look though you will be able to appreciate more of what they offer.

At the core of all plant life in the coral reef biome is the algae known as Zooxanthellae. The photosynthetic activity offered here is amazing, and that helps other plants to thrive in this location as well. This is the algae that also provides the unique colors for any coral reef. Sometimes you will see the coral reef as all white. That means that there are serious contaminants in that water. They have bleaching properties which have removed all of the coloring from the coral reef.

A coral reef already has a lack of nutrients in it so such contaminants can be a huge problem. The algae is often going to take care of such problems. However, if the contamination is in large quantities it will be too much for the biome to handle on its own. It can continue to prosper though due to how the reproduction occurs. Fragments that are healthy can break off and start over. However, it can take a long time for the coral reef to have coloration to it once again.

Even though coral reef biomes are very important to us, they are in great danger. The risk of pollution to the water is the biggest problem. Even in areas where people don’t spend much time in the water, there are concerns. The run off from sewage and from agricultural efforts take a toll on the cleanliness of the water.

In some locations the problem is so vast that efforts through the Reef Water Quality Protection Plan are in place. The goal is to identify the biggest problems and then to develop a plan of action to reduce their effects on the coral reef biome. Global warming continues to be a problem too. While this habitat does need warm water, the overall core temperatures continue to increase.

Many experts believe that a big part of our coral reef biomes won’t be able to survive the increase of just a few degrees more than where they are right now. Even a change of one or two degrees can start to cause the demise of various plants and animals that live in this particular type of biome. 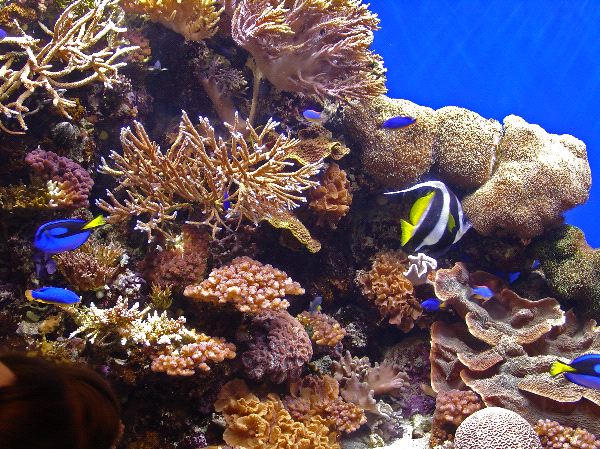