Completely black in color the Common Raven has often been part of folklore that they are evil. In many cultures seeing one was taken as a sign that death would occur or some other terrible event. However, in areas of Asia and Siberian this particular bird is seen as good look and a popular symbol.

There are 8 subspecies and they range in terms of size and overall characteristics. It is considered to be the heaviest of all Ravens. They average 22 to 30 inches long and can weigh about 4 pounds.

The body of the Common Raven is very thick and they have feathers that are well defined. They have a long bill and small eyes. They are powerful and they have the ability to fly very fast. They also have a strong bill and strong legs. 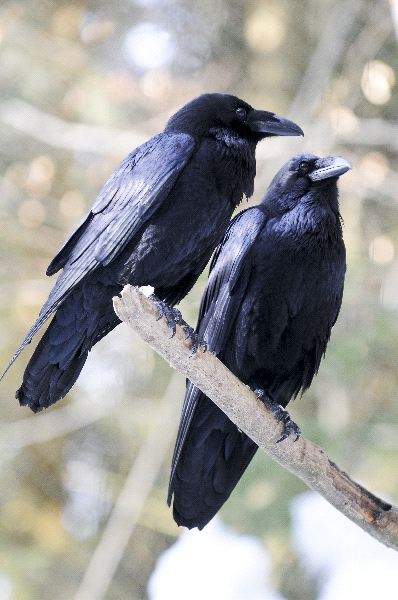 This particular bird is found living all over the Northern Hemisphere. They are widely found in Asia, Siberia, Ireland, and Wales. They can do very well in various climates. In fact, they are believed to be among the most diversified birds in terms of the various conditions in which they are able to survive. They do prefer to live in woodland areas though that are close to bodies of water.

The Common Raven can create very large flocks. At other times they will be alone or only with their mate. They can be very territorial as individuals or as a pair to defend their nesting location. They tend to take up a great deal of territory too and in some locations humans feel that there are too many of them and they worry about overpopulation.

This bird is believed to be one of the most intelligent. Experts have observed them being able to problem solve and to be able to adapt in order to survive. They seem to form very deep bonds with their mate as well which is interesting to observe. They can be aggressive to others and take part in territory disputes. 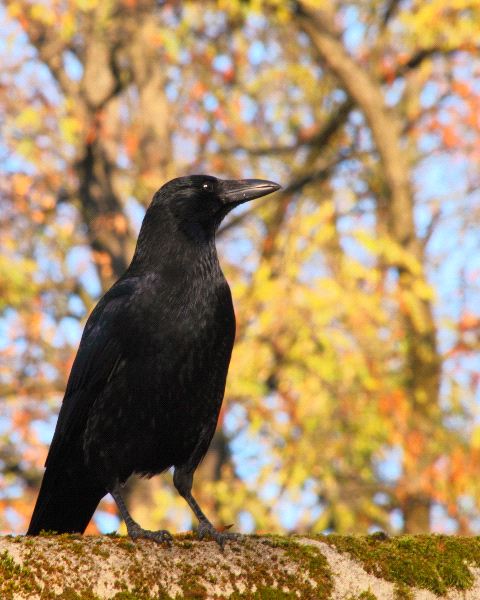 The Common Raven is considered to be an omnivore. They have a wide selection of great items that they consume. They include insects, grains, berries, fruits, and small animals. About 1/3 of their diet is from various rodents. The fact that they will also consume animal waste and carrion mean that they are able to survive even when food resources are very low.

The males are the ones to initiate mating but ultimately it is up to the females to decide who they will mate with. They will create a pair for life so they want to make sure they get a very good mate. They may start to engage in courting at about 1 year old but not mate until they are 2 or 3 years old.

The pair will create a nest and as long as conditions are good that is the same nesting territory they will use every single year for their offspring. They use mud, sticks, twigs, and other resources to create a sturdy nest. The female can offer from 3 to 7 eggs per clutch into the nest.

Incubating the eggs for a period that can range from 20 to 25 days is done only buy the female. The male does help to keep an eye on her and the eggs and will warn off problems but he doesn’t actually stay in the nest with the eggs. He will help to bring food to the young though after they hatch.

When they are between 5 and 7 weeks old they will begin to fly and to get some of their own food. However, they will usually stay with the parents for about 6 more months before they venture off on their own into the world. This bird tends to live from 10 to 15 years in the wild. In captivity though they have been able to live up to 13 years.