The Common Loon is often referred to as the Great Northern Diver. They need a long runway in order to take off in flight. This is a disadvantage as that means they can be at the mercy of predators. They are graceful swimmers but they are very clumsy when it comes to landing. They often lie on their belly instead of relying on the feet as they come into the water to rest. The Common Loon is the Minnesota state bird.

When mature they can be up to 17 pounds and have a wingspan of up to 5 feet. Adults that are able to breed will have a black head and brown colored feathers. Those that aren’t breeding will be brown with white. They body often has areas that are pure in coloration and then those that are checkered.

Canada, Greenland, Alaska, and various areas around the USA are where the Common Loon lives. They may go to areas of Scotland for breeding. They are known to nest on islands where they will have very few predators. This helps them to survive since they don’t do very well on land. That is why Alaska has more Loons than any other location in the world.

They are experts when it comes to diving in order to get prey under the surface of the water. They can dive up to 200 feet to get fish and other prey. They have excellent vision and that allows them to see fish from a long distance. They are very fast fliers and they hit the water hard but it doesn’t seem to phase them.

The Common Loon has a red tint to their eyes that gives them a very neat appearance. This feature though allows them to be able to see very well under the water. They are very vocal and they can become very aggressive when they are protecting their young. They have calls such as hooting that allow parents to communicate with their young. They also have a yodeling sound which is often one that is used to protect territory. 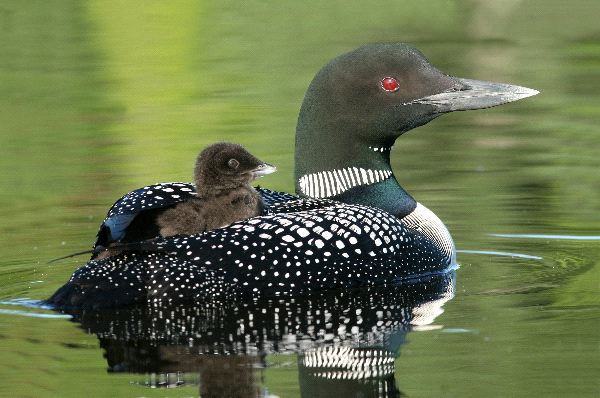 Almost all of the diet for the Common Loon is mainly fish. They will also consume mollusks, crustaceans, plants, and other debris that they are able to come across in the water. They are heavy eaters and will spend many hours a day consuming any food that they can find. They often eat up to 2 pounds of food per day. Due to the amount of fish that they consume, a threat to them is that they may have too much mercury in their bodies.

Mating occurs around 2 or 3 years of age. The males are very territorial and they will aggressively guard it. Then they will use their calls to attract a mate to that area. They tend to stay with one mate for life so they are very selective.

The female and male will work as a team to create a nest close to the water. There will be up to 3 eggs that are placed into the nest. They will take turns to incubate them for several weeks until the young emerge. Then they will both bring food to them to help them with survival. The young are able to fly when they are about 3 months of age. Until then they are often seen in the water, riding on their mother’s back.

The average lifespan of the Common Loon in the wild is 9 years. 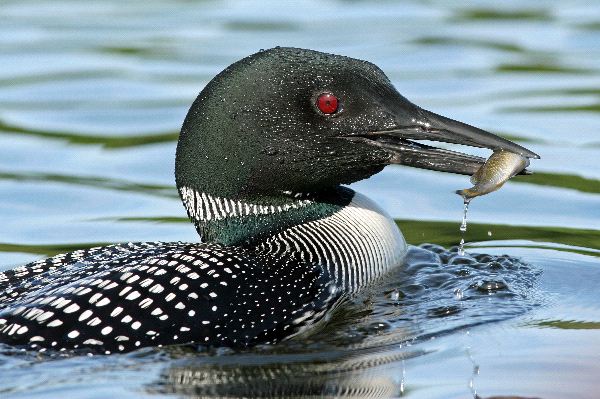