Most people didn’t know what a Clownfish was until they saw the show Finding Nemo by Disney Pixar. Now it is one that even the young kids are able to easily recognize. There are 30 different species of Clownfish so they can vary in size based on which group they belong to. They are only about 4 inches long but some of them can be up to 7 inches long.

The Clownfish is very colorful with segments of the body being bright orange and then areas of white with thin area of black around them. Some of the species though have maroon and yellow coloring on them. The orange though is what is distinctive and that is why these other species are often mistaken for other types of fish.

This particular fish tends to stick to the warmer waters. Some of the most common places that you will find them are the Indian Ocean, Red Sea, and the Pacific Ocean. They will migrate around to deeper water when it is colder so that they can be warm in the deeper areas.

Even though people love the look of the Clownfish, they are very hard to keep alive in captivity. They need to have a specific habitat that is hard to replicate. They have the best chance of survival if you are going to offer them a saltwater aquarium with lots of space.

The Clownfish is very active and it is often seen doing various forms of acrobatics. This is where the name of it comes from; it often seems to be clowning around. They often live around the Anemone which can sting but it isn’t really understood why they aren’t affected like other types of aquatic life are.

They use the Anemone to help them stay away from predators. They are able to move about through the tentacles but other living creatures aren’t going to be able to get close without getting stung. It is possible that there is a type of substance on the body of the Clownfish that makes it safe from that type of penetration.

The Clownfish tend to be very social and their have a complex hierarchy among them. They create very close bonds with those that they will mate with. They can be very aggressive with each other. They can also be very aggressive in terms of them fighting for mates or to keep predators away. 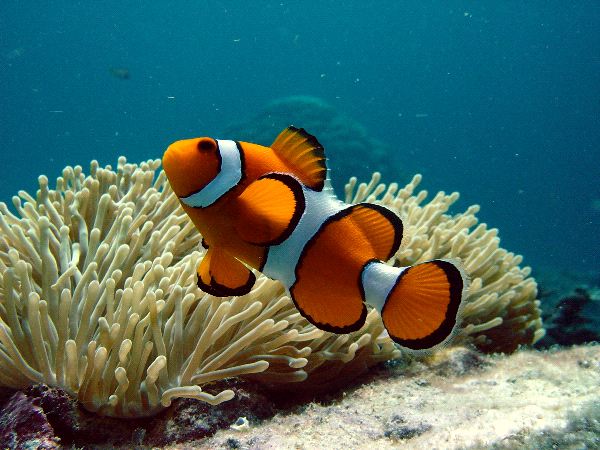 They will consume algae, plankton, crustaceans, and small fish. The diet though for the Clownfish varies. It depends on their location and the species. It also depends on the availability of the food that is offered.

All Clownfish are born males and then some of them will develop female reproductive organs. This is a very complex element that has to do with the balance of the types of genders in the area. When a dominant female dies the dominant male of the group will become female and then mate with the new dominant male. Eggs are deposited in dwellings around the water that can be hidden from various predators.

Even though very large amounts of eggs can be deposited most of them won’t survive long enough for a Clownfish to develop. For those that do they will often become food for various predators. Even the mature ones can become a meal due to their small overall size. The males will guard the eggs for several days to help them have a chance of being able to survive. 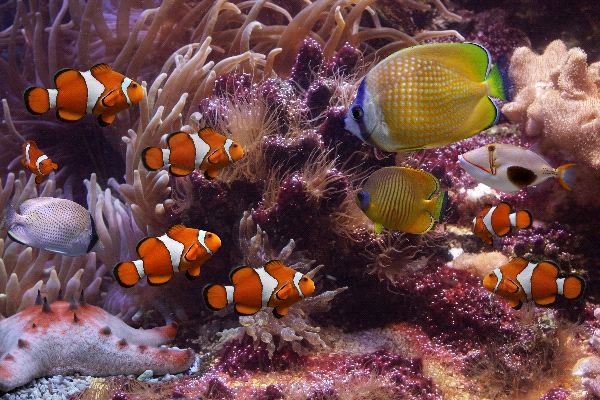