This species of Lizard has a very stocky build. They have a belly that sits very low to the ground. They also have a very thick tail that is scaly. They seem to be overweight due to the fact that they have folds of skin that hang around the neck and along the sides of their bodies.

The colors of the Chuckwalla vary depending on the region where they live. Some of them are gray while others look muddy brown. They feature colored areas of red, yellow, pink, and orange. These color patterns make it easier for them to blend into their surroundings.

The main location where you will find this species of Lizard is in the arid areas of the United States. They are also found in the Northern portion of Mexico. Large numbers of the Chuckwalla reside in the Mojave Desert. They are found in the warmer areas including California, Nevada, Arizona, and Utah.

This particular Lizard enjoys areas that are rocky and they will find food and shelter among the many crevices. They also use the rocks for a place to bask in the sunlight during the heat of the day. They know that they can quickly scurry to hiding if they feel any signs of danger.

They are very territorial, especially the males. The Chuckwalla excretes scent through the glands and this helps them to market their territory. The males do tolerate females that overlap their home range but not other males. When they feel that they are at risk of danger they will go to a crevice and hide. Then they are able to inflate the body to help them look larger. That will often scare away any potential predator that has followed them.

This Lizard hibernates from around October until February. The exact period of time for hibernation though depends on the region. They hibernate by slowing down their metabolism and body functions so that they aren’t negatively impacted by the cooler temperatures. 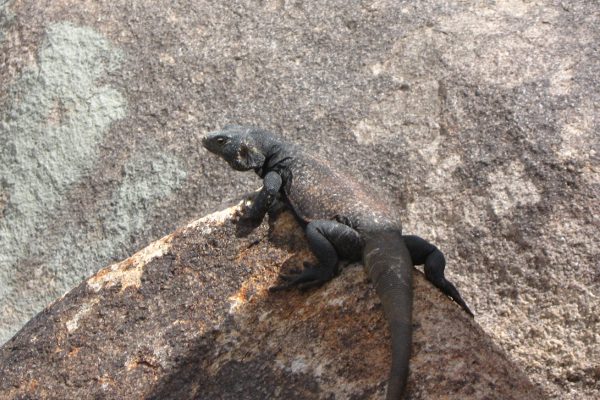 The Chuckwalla is a herbivore and they will consume various types of plants. During certain times of the year they will consume fruits and plants that grow in their habitat. Sometimes they will resort to consuming insects though if they can’t find enough vegetation for them to rely on. They tend to feed early in the morning and then the rest of the day is spent enjoying the sunlight.

Males are attracted to the females due to the stronger scent that they distribute from their glands at times. April through July are the most common months for mating. That is due to the amount of food that is offered during that period of time too. The males will move on to find other females for mating. They may have to fight with each other for the right to do so.

The job of the female is to find a place to create a nest. She needs a warm location for the eggs that will also be safe from predators. The eggs are deposited into the nest as late as August. They will remain in the nest for about 1 month before they emerge. The young have to be able to care for themselves as soon as they come out of the eggs. Their mother will be no where around the nest once she lays the eggs. Each clutch may have from 5 to 16 eggs in it. 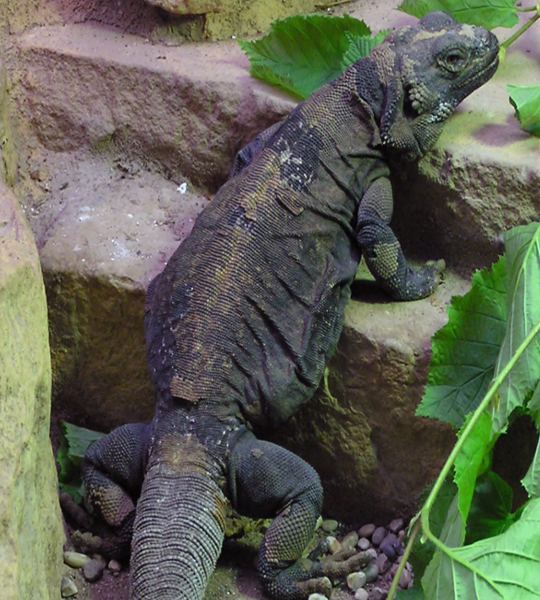