The Cattle Egret is one only member of the genus Bubulcus. They seem to be doing very well in society and of all the Heron they are the one that the least concern is about in terms of their overall survival.

The Cattle Egret has a smaller body than others in its same category of birds. The feathers feature some brown on them too instead of all being white. On the crown of the head are long hairs that are brownish in color. The bill is slender with reddish towards the body and then bright yellow at the tip of it. They legs are skinny and short with a reddish brown coloring.

Unlike most Heron, you will find the Cattle Egret around pastures and roads instead of around bodies of water. They are native to Africa and Asia but they have been transported to locations around the world. In the early 1940’s they were brought to the United States. Today they are abundant in areas of Alaska but they are known to live in all states. They also are very well populated in Newfoundland.

They do very well in captivity and have been placed in zoos around the world. They have been closely observed to learn a great deal about them. They are also displayed for educational purposes. They are curios birds so their environment in captivity has to continue to stimulate them.

You will often see the Cattle Egret following around cattle, horses, and sometimes even tractors. The reason that they do so though is such movements will stir up plenty of insects for them to consume. They sometimes are seen riding around on the backs of animals because they are able to get food stirring up that way and they can eat it while conserving energy. They don’t eat parasites off of the bodies of cattle or horses but that is a common myth. 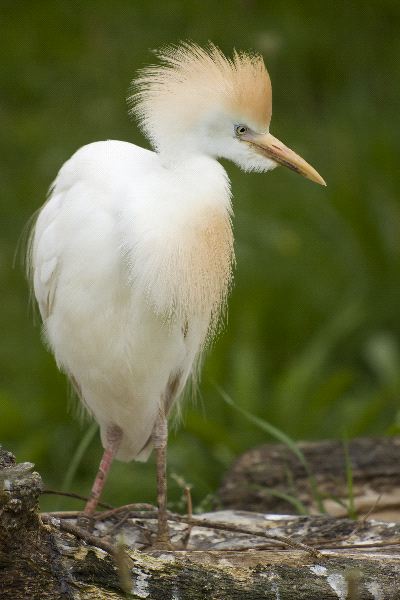 The Cattle Egret forages for food in the grass in addition to following around animals and tractors. They are opportunistic so they will find all they can to eat when it is readily offered to them. They are attracted to fire because they know that there will often be various insects around that are trying to get away from the heat and flames that they can consume. Spiders are a common part of their diet.

When it is time for breeding the Cattle Egret will create colonies of them that are found around islands, the swamps, and in the woodlands. They create nests there and once they have mated the couple will work as a pair to watch over the eggs. Each nest can have from 1 to 9 eggs deposited in it, being the average 3.

After the young arrive they will also take turns caring for them and going to get food that can be brought back to feed them. They young can be very aggressive and fight for space in the nest and for food. When there are a large number of them only a few stronger ones will survive. After about 45 days the young will leave the nest to care for themselves. The parents will then go back to an isolated lifestyle. 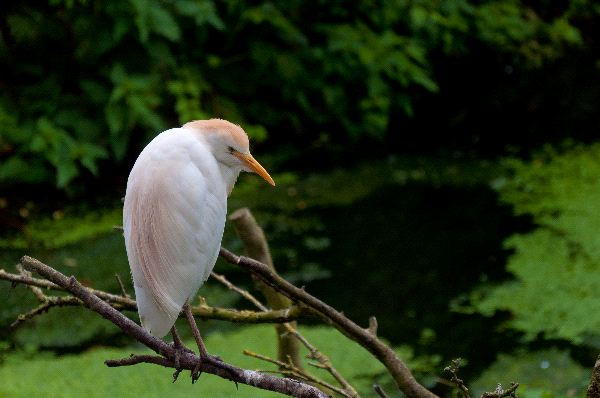