What Is A Capuchin Monkey What Does It Look Like?

The Capuchin monkey is considered to be a New World monkey; they are fairly small compared to many of the world’s other species of monkeys; however they are the cutest monkeys also. The capuchin monkeys have brown or black arms, legs, body and even tail; they may be dark but their chests, throats and their faces are white depending on species.  The heads are black also.

The crested capuchin has a conical crest on the head. The crest will be dark and the fur which will be black goes all around the edge of the face; this can help to create a beard like feature underneath the capuchin’s chin.  Most of the body is black such as the lower parts of the tail, arms and legs while the rest of the body is auburn. 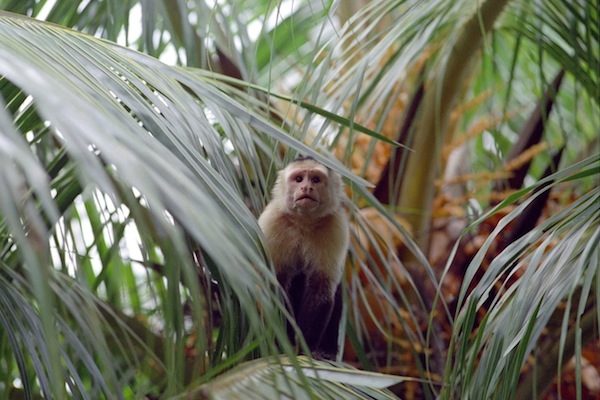 Where Do The Capuchin Monkeys Live?

Capuchin monkeys can live across central and south America.  These can include;

They can survive on most of these areas and are comfortable living here also.

However, the capuchins can be often seen near human crops and fields; and usually they are foraging the fields and crops for food sources.  Humans do not like this but actually, this is all down to the monkey’s habitat being destroyed over time.  Though, there are less monkeys being seen near human population due to their homes being destroyed.

Some humans believe that the capuchin monkey, are a service animal. There are some organizations around the world that have actually trained these little monkeys to help those in need.  Quadriplegic sufferers have been assisted by these monkeys; they have been at times described as an alternative to seeing eye-dogs and mobility assistance dogs also.

The Behavior of Capuchin Monkeys

Capuchins are New World monkeys and as a result, they are arboreal and diurnal animals.  They spend most of their days searching for food but they do take in a short midday nap.  During the night, they will sleep amongst the trees, usually wedged tightly between branches.

Capuchin monkeys can live in small or large groups of a dozen to almost forty monkeys.  They are well social animals and can survive in both smaller groups and larger groups. 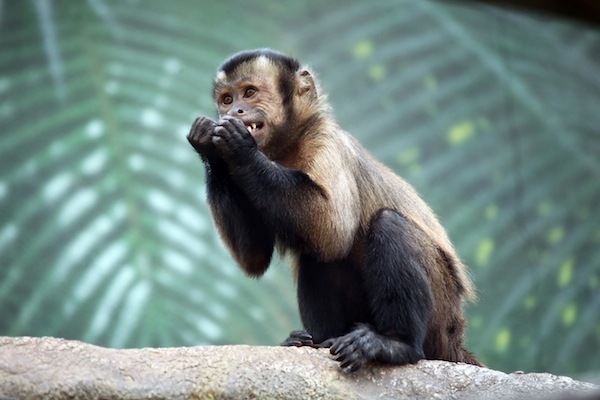 The Feeding Habits of a Capuchin Monkey

The capuchin monkeys have a very varied diet.  They do not eat what most Cebidae monkeys eat because they are solely omnivores.  They will have a varied diet because they will consume things such as bird eggs, insects and spiders; and they will eat nuts, buds, seeds and fruits.

However, capuchin monkeys live near water and like to live near water so that they can eat shell fish and crabs. They can crack the shells with stones they find near the beaches though they do tend to also eat vertebrates – small ones.

How Does the Reproduction Cycle Work With Capuchin Monkeys?

Female Capuchins only bear young every two years; this happens after they have a gestation period of 160-180 days. However, the males rarely take any part of caring or rearing the young as most females take this responsibility on more.

The young capuchins will huge onto their mother when they are very young. They will hang onto her chest for a good few years but when they get older or larger, they will hold onto the back instead. Though, the capuchins don’t mature quickly; it can take four years for female capuchins to mature fully and almost eight years for the males. This is an extraordinary amount of time but until those ages, the capuchins are considered to be young or juveniles.